Just two weeks after approving a compromise bicycle plan for the Broad and Chorro corridor that sought balance between residents’ needs and bikers wants, San Luis Obispo’s City Council, in an hour-long non-agendized public hearing, threw out the compromise and went full steam ahead to provide what a clique of bike advocates demanded.

The council’s underhanded betrayal of the Broad and Chorro neighborhood, whose residents have testified repeatedly at meeting after meeting that a bike plan our eminent former mayor Ken Schwartz has called “urban rape” would be devastating to the neighborhood’s livability, could not have been more outrageous.

Continuing their reputation as the most rogue council in a half century, this council voted 4-1 to throw out the compromise reached at their last meeting after a bike advocacy clique launched an orchestrated campaign against the compromise, in which they got less than 100 percent of what they’d demanded.

Holding a non-agendized hearing was an obvious way for an arrogant council not to have to listen to neighborhood residents’ concerns.

Since the meeting’s agenda stated the council would only consider a consent-agenda resolution memorializing their previous action, neighborhood residents had no idea the council would throw out their adopted action Tuesday, and had no notice a new public hearing would take place. Such lack of fair play and common decency has come to characterize the council under Mayor Heidi Harmon. 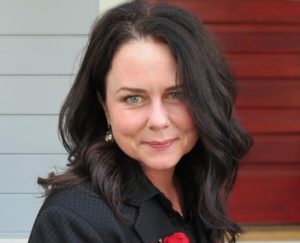 The absurdity of holding a public hearing and making a decision at one meeting then at their next meeting reversing that decision marks this council as a completely unreliable partner. What kind of people would do something that weird, unethical and unfair and consider it OK? How can anyone trust them? Nothing is ever settled.

The council’s action appears to fly in the face of the Brown Act, California’s open meeting law, which requires proper notice of an intended action by the council.

In before-meeting conversation with City Manager Derek Johnson, I raised the issue of the council using the consent-agenda resolution as an opportunity to reopen things, and he reassured me that would not happen, that at worst they’d have to put such discussion on a future meeting agenda where it would receive proper notice. However, at Tuesday’s meeting, Johnson sat silently and did not make that point to the council. Then, he later helped them compose the text to create a new bike plan that threw out the compromise.

As it became clear, Councilman Dan Rivoire intended to change the previous action under the guise of adopting a resolution memorializing that action.

I wrote on a piece of paper “Why is this not a Brown Act violation?” and slipped it to City Attorney Christine Dietrick, sitting next to Johnson, thinking it might prompt her to speak up. To my amazement she didn’t say a word to the council, but instead wrote a note saying there had been plenty of public notice and handed it back to me.

Really? Because what the council did was not just throw out the compromise they’d adopted as policy two weeks ago, they adopted as their new plan a scheme that has never been subject to a council public hearing (because staff had ruled it out early on as infeasible). They then adopted as an automatic fallback position precisely the scheme they’d rejected as infeasible two weeks ago following hours of public testimony.

How can the attorney maintain anybody had proper notice such actions were in the offing?

That the council went about things this way – nixing the cycle track plan when a roomful of neighborhood residents were present but adopting it when they were absent and in the dark – speaks volumes about their lack of fair play.

The fact a resolution memorializing a previous council action was on the consent agenda at all was a bit odd. In customary parliamentary procedure used by the council, a motion is made, seconded, discussed, read back by the city clerk, and only then voted upon. At the previous meeting, a motion was made and without being seconded the council went off into free-ranging discussion for close to a half hour. The motion was eventually seconded without being restated and voted upon without being re-read. So it was unclear exactly what had happened.

Given the confusion, that very night I emailed the city clerk and asked for the wording of the adopted motion. To my astonishment, she said she had no motion! That is most irregular, to say the least. It turned out staff was taking stabs at inventing a motion after the fact, when one should have been nailed down in writing before the vote.

Staff’s fix was to redraft one of the resolutions rejected by the council two weeks ago when they adopted the compromise, to include provisions of the compromise. Staff alleged they needed this to proceed with their work. That was the resolution placed on the consent agenda.

Consent agenda items are customarily voted upon as a group, without discussion. If a council member wants to discuss one of them, it is “pulled” for discussion and voted on separately from the group. But when a consent item is pulled, every city attorney I’ve ever worked with in 40 plus years of hanging around city hall, has warned only the item as stated on the agenda can be discussed.

Consideration of alternatives to a consent item requires putting that consideration on a future agenda, so the public will have full knowledge of what’s coming and full opportunity to participate. That gibes with what Johnson told me would happen, but is in conflict with what he and Dietrick allowed to happen.

The resolution laid out a three-phase scheme, with the first phase being construction of a dangerous two-way cycle track on Ramona Drive from Broad Street to the LDS Church property where what’s dubbed “the safe route to nowhere” will run to Foothill Boulevard and a new traffic signal midway between Broad Street and Tassajara Drive. This will cost $1 million.

Also in phase 1 is a city effort to force the neighborhood into a parking district to limit on-street parking by non-residents, an elitist idea previously rejected by residents.

Phase 2, to follow in several years, was improving existing bike lanes on Chorro Street from Palm Street to Lincoln Street and prettifying the Chorro-Highway 101 underpass.

Key to the compromise was that during this phase residents would be involved in designing traffic calming measures to attempt to reduce traffic speeds to bike speeds to make biking safer without huge impacts to neighborhood viability. Those measures would be implemented to see if they were sufficient and workable.

If additional measures were deemed needed, phase 3 would involve figuring those out, with the possibility of reviving the favored measure of the bike clique, dangerous cycle tracks on Chorro and Broad streets, if nothing else seemed workable.

Total cost of the three phases for this short bikeway used by about 100 cyclists per day would be $3 million in funds for which the city has no current source. Use of $3 million here would preclude its use where the funds are really needed, like completing the railroad trail linking the south end of town with Cal Poly, or bike lanes on Mill Street from Osos Sreet to Grand Avenue, in front of Harmon’s house.

Tuesday, the council threw out the meat of phases 2 and 3, and instead adopted something never subjected to a council public hearing because it was ruled out early on – a “bike boulevard” on Broad Street with through traffic diverted from the street so those 100 daily bicyclists have it pretty much to themselves. I view this as a strawman setup since the likelihood of its happening is about half that of hell freezing over.  And I believe the plan’s architects, Rivoire and Harmon, know that full well and will make no effort to pursue it.

Harmon and Rivoire got the council to adopt an automatic fallback option when the bike boulevard fails to materialize – the disruptive dangerous cycle tracks rejected two weeks ago will be built. There will be no involvement of residents in crafting measures based on their intimate knowledge of the neighborhood, there will be no traffic calming experiments to find what works best, there will only be what Mayor Schwartz called “urban rape.” And it will be in phase 1, not phase 3. That’s what the bike clique asked the council to do.  That’s what our authoritarian council will impose first on the Broad and Chorro neighborhood, and later on dozens of other neighborhoods.

It was clear watching Tuesday’s meeting this outcome was planned in advance by Harmon and Rivoire. First there was a barrage of cookie-cutter emails from the bike clique demanding they get their 100 percent – the cycle tracks – and get it fast. A handful of them also testified at the hearing, with cookie-cutter comments, asking the council to reverse their decision rather than do what the agenda said they would do.

In normal parliamentary procedure – and as a matter of courtesy — when a motion from a previous meeting is to be revisited the mayor first calls on the motion maker, who was Andy Pease, but Harmon called on Rivoire, the past paid director of BikeSLO, who had done his best at the last meeting to obstruct Pease’s motion. Predictably, Rivoire ripped into the previous decision.

That set the stage for isolating Pease, who made a valiant effort to save what had been decided two weeks previously, but she was outnumbered. Aaron Gomez jumped right on Rivoire’s scheme. Although she had not attended the public hearing two weeks ago, Carlyn Christianson – who said nothing during the council discussion – joined in voting for the Harmon and Rivoire coup d’etat.

Harmon’s comments were noteworthy, as always. Talking a lot about civility is her thing, but when it comes to being civil she’s on another page. Apparently “being civil” means agreeing with her, any critical comment is uncivil.

In addressing the council Tuesday, I commented that the bike lobby had become their own worst political enemies since they’d created such acrimony with residents of the neighborhood there were now people with animosity towards them who’d been supportive before.

In her comments, Harmon looked right at me and said – tartly – that comments from us had far more to do with acrimony than anything the bike clique had done. Rough translation: shut up. So much for actual civility.

Tuesday, I asked the council a simple question: “When are you going to quit picking on our neighborhood?” The question was pregnant – there have been close to a dozen brazen evils this and the immediately previous council inflicted, or attempted to inflict, on us.

By their vote, the council answered my question: “Never.”

Today it’s us. But Rivoire has made clear this is just the beginning. If it’s already not been attacked, your neighborhood may be next. None are safe anymore from our arrogant city.

Will their “urban rape” ever stop? I guess that’s up to us to figure out.