In 2011 the SLO County Grand Jury found conflicts of interest with John Wallace wearing two hats as district administrator at the South San Luis Obispo County Sanitation District and district engineer as CEO of the Wallace Group, his private engineering and consulting firm.

At the time, the district board of directors, then chaired by Bill Nichols of Grover Beach, vehemently disagreed with seven of the fifteen findings and five of the seven recommendations in the Grand Jury report. The sanitation district board responded repeatedly by citing a similar 1993 Grand Jury investigation that did not find conflicts of interest with Wallace’s dual role as San Simeon Community Services District general manager and his engineering firm, then called John L. Wallace & Associates.

The 2011-12 Grand Jury found the district’s “reasoning flawed because the San Simeon CSD is not comparable in size or budget to this district. Moreover, a Grand Jury report does not establish a precedent or case law; each Grand Jury report stands on its own findings and recommendations.” San Simeon CSD serves a population of just 500 and their hotel visitors, while the sanitation district serves 37,000 people from the cities of Arroyo Grande and Grover Beach and the community of Oceano, where the sewage treatment plant is located.

It took several years and several changes in the district board of directors to commission the 2015 Knudson Report, an independent investigation into the contracts and resulting work done by Wallace and/or his firm.

The sanitation district invested nearly $100,000 into the investigation, fully expecting conflicts would be found, and — they were. The results were turned over to the SLO County District Attorney’s office and charges were filed against Wallace for not only his conflicts at the sanitation district, but also at Avila Beach Community Services District, where he also maintained the same cozy dual relationship as general manager and engineer. 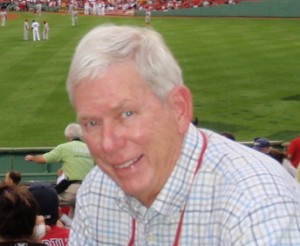 In early 2017, felony and misdemeanor charges were filed against Wallace on behalf of the public. Wallace went through three attorneys over one year, ending up with a high powered attorney, specializing in white collar crimes. A change in venue, while welcomed, ended up too close for comfort – right next door in Santa Maria where the judge in the case has old ties to Wallace.

A March 5 preliminary hearing was held before Judge Timothy Staffel. In 1992, Judge Staffel was elected as Santa Barbara County Fourth District Supervisor and represented the Santa Maria and Lompoc Valleys in that capacity from 1993-1998.

He also served on the California Coastal Commission from 1995-1998. In June of 1998, Governor Wilson appointed him to the Santa Barbara County Superior Court.

It is well known that Wallace has worked in both San Luis Obispo and Santa Barbara Counties for many years. Staffel, as county supervisor, likely had projects engineered by Wallace’s firm before him for approval. The record reflects Staffel, as a coastal commissioner, voted and/or influenced projects brought to the commission by Wallace in either or both capacities, as eneral manager of one, or more of the agencies he represented or he or his firm served as project engineer.

These projects include SLO County’s 1998 iteration of the Los Osos wastewater project and a 1996 San Simeon CSD’s pipeline project.

Local news reports indicate that during the preliminary hearing Judge Staffel appeared irritated with the SLO County’s District Attorney’s case citing statutes of limitation and suggested these were civil matters. Staffel also asserted the victims were not seeking monetary restitution.

It is unclear if the districts were ever asked if they wanted restitution. Doesn’t it go without saying? Public funds should be returned to the ratepayers. Old ties to Wallace may have prevented this question from ever being posed to the sanitation district or Avila Beach CSD boards of directors.

The current Avila Beach CSD general manager is Brad Hagemann, who is a former employee of the Wallace Group. Hagemann worked much of his career at the Central Coast Regional Water Quality Control Board alongside Gerhardt Hubner. Until recently, Hubner served as the sanitation district administrator.

While the Avila Beach CSD was under Wallace’s representation, the water board and the CSD were among the parties in the $23 million UNOCAL beach clean-up.
Furthermore, since August, the sanitation district has been under the interim administration of “technical consultants” Rick Sweet, formerly an engineer with the city of Santa Maria and Paul Karp, who has worked with many government agencies throughout Santa Barbara and San Luis Obispo Counties, both have openly said they are “friends” of Wallace.

How likely were any of these advisors to recommend to their respective boards they seek restitution?

On March 6, Wallace pleaded guilty to two misdemeanors and offered up a pittance as restitution to the two districts, barely $60,000 to be split between the two, with the majority of the money going to Avila Beach CSD. 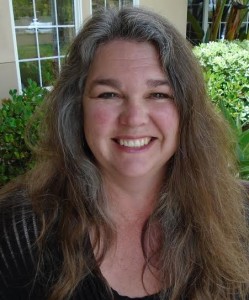 Here we are, five years after his resignation from the sanitation district and because funds intended for these projects were depleted, they remain unbuilt and will need reengineering again sometime in the future.

The biggest public payout and windfall for Wallace was the sewage spill of 2010 at and into the neighborhoods of Oceano around the sewage plant. Years earlier, his firm designed improvements to the sewer plant that may have prevented or reduced the severity of a spill. When the flood waters swamped the sewer plant site and the sewage spill resulted, he capitalized on the situation by hiring his firm to engineer the fixes, compile the data and present “expert testimony” in his defense before the water board.

The firm did hundreds of thousands of dollars’ worth of work as his private paralegals. These monies were paid to Wallace’s engineering firm to create the administrative record for the water board hearing in September 2012, in an effort to defend the district from punitive damages and damage to Wallace’s own reputation. He was able to convince the sanitation board of directors to fight the $1.1 million fine rather than settle or concede (early on there was a settlement offer on the table of less than $400,000).

After enduring tremendous public pressure for the costs associated with the “litigation business”, it was the 2015 sanitation district board of directors that dropped the lawsuits. This board included Arroyo Grande Mayor Jim Hill, Grover Beach Mayor John Shoals and the tag-team flip-flop duo from Oceano CSD, Mary Lucey and Matt Guerrero.

Earlier boards spent over $1 million defending (most of this money went to the Wallace Group) and simply paid the $1.1 million fine.

Today, the sanitation district is faced with the question of whether to pursue monetary restitution through the civil court. Complicating matters is its newest board make-up including the representative from Grover Beach and its Vice Chair Barbara Nichols; she is the wife of Bill Nichols, the same Bill Nichols who signed the response to the Grand Jury in 2011. She should not only recuse herself, but should be replaced as the city’s representative on the sanitation district board.

Currently, sanitation district board president and Oceano CSD Vice President Linda Austin is often seen being coached by former Oceano board member Mary Lucey to blindly trust the sanitation district administrators, Sweet and Karp. Furthermore, Austin seldom questions the wisdom of the districts legal counselors, Gil Trujillo, who also serves as the current attorney for the City of Santa Maria and Wendy Stockton, the former attorney for the City of Santa Maria who both have historic ties to Wallace through his work for that city.

On behalf of the ratepayers, both Avila Beach CSD and South San Luis Obispo County Sanitation District should be made whole. Citizens in these districts need to let their representatives know they want their money back.

Letting Wallace walk away with years of double-dipping constitutes a gift of public funds and it’s unacceptable.

Julie Tacker is a countywide citizen activist. She has been attending South San Luis Obispo County Sanitation District Board meetings since 2009.