The South San Luis Obispo County Sanitation District held a special closed session meeting on Saturday at 8 o’clock in the morning at the Courtyard Marriott hotel in the city of San Luis Obispo. They were there to interview applicants to replace their former administrator, Gerhardt Hubner, who left the district with a healthy $37,500 severance package and lifetime medical benefits as part of a separation agreement in August last year.

There were two small signs in the hotel lobby and another down the hall on the wall next to the tiny conference room door, they said, “Welcome CPS HR Consulting.”

CPS HR Consulting is the recruiting firm that was paid nearly $18,000 to find Hubner — who left the district in shambles. After Hubner skated away from the district, CPS HR offered to make good on its warranty clause; for a mere (sarcasm intended) $7,000 they would rewrite and recirculate the advertising brochure and pre-screen candidates for the board.

The public has lost all trust in CPS HR that it might have had when they were originally hired. At that time there were ten applicants, but only two, including the unqualified Hubner, were interviewed. It is well known that CPS HR passed over at least one candidate that was far more qualified.

So far, this go-round, because of my years of activism and vast knowledge of the district, I have been contacted by two of the current applicants. One is a certified Grade V Wastewater Operator with administrator experience. The other, is a certified hydrologist and geologist with experience in groundwater recharge projects (ideal for the recycled water project the district has been eyeing for the future).

Neither of these qualified individuals was asked to the interviews Saturday. When I informed these candidates of the out-of-town meeting; both were aghast that the district would blatantly violate the Brown Act; too bad others weren’t as savvy.

To hold a meeting out of the district was clearly an attempt to keep the public from participating, the bogus excuse given is laughable. The suggestion that there was nowhere within the jurisdictional boundaries of sanitation district, which includes the cities of Arroyo Grande, Grover Beach and the Oceano CSD, available to accommodate one candidate who was to interview by tele-conference using Skype, stinks to high-heaven.

These days Skype is commonplace, like Facetime and Snapchat, it’s easily done from almost anywhere in the world. The board simply needed secure WiFi, which the three member agencies and the sanitation plant all have in their respective conference/board rooms.

The Brown Act requires the district hold all meetings within its jurisdictional boundaries. Nowhere in the act does it contemplate a meeting for these purposes — nearly 10 miles north. 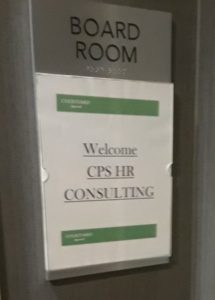 So, the fact that the special agenda for the meeting was miss-posted is moot. Normally, a special agenda is posted on the site of the meeting no less than 24 hours ahead of time.
Not only was there no copy posted in the hotel window, or on the building, there wasn’t one posted timely, or at all, on any of the agency board meeting facilities or even the sanitation districts own gate. Oceano CSD did post the agenda in their window, but after 8 a.m on Friday, too late to be in compliance.

A few citizens made their way to the early morning meeting in SLO, Mayor Hill did not attend. During public comment it was pointed out to Board Chair Linda Austin and Vice Chair Barbara Nicolls that Mayor Hill just went through a costly investigation last year that exonerated him from an alleged Brown Act violation.

You know, the district paid handsomely for that fiasco and now they were walking the district head on into another potential legal mess.

In spite of the pleas from the public to cancel the meeting so Mayor Hill could participate, the board members, along with their consultant Rick Sweet and Oceano’s General Manager Paavo Ogren, acting as advisors, adjourned to closed session and interviewed candidates late into the afternoon.

The right thing to do at this point is to cure and correct the violation. This means a “do-over” meeting inside the district that includes Mayor Hill. Mayor Hill’s experience and knowledge of the district is superior to anyone else on the board and his input is paramount to finding the right administrator to pull the district out of its mess and carry the district forward.