At the April 20, candidates forum for the District 2 Supervisor race, I was struck by the misstatements made by sitting Supervisor Bruce Gibson about the Los Osos Wastewater Project. A project he holds himself out as a champion of.

Gibson earned his doctorate in geophysics, and is more often than not, literally – “the smartest man in the room.” But, his knowledge on the wastewater project is clearly not up to date and/or factually accurate.

Only a few of us, who are knowledgeable and have studied the project and know the history, would have caught his lies surrounding the project.

Fact: Currently, the treated wastewater from the LOWWP is going to both the Broderson and Bayridge leach fields. Together they take all of the projects flows – with 95 percent of the parcels hooked up, approximately, 450,000 gallons a day or 560 acre feet per year is being discharged.

Fact: None of the treated wastewater is going to irrigate Los Osos schools. While the project design calls for large in town turf areas to be irrigated by the project to offset groundwater extractions, the legal agreements with the school district are still in negotiation and no flows have been sent there. 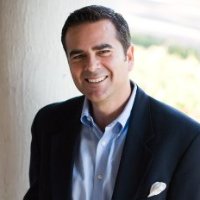 Furthermore, never in a million years would “half” of the projects wastewater flows go to the schools. The four school’s turf areas combined could use no more than 49 acre feet per year – and won’t use any when it’s raining.

Gibson also spoke to the community’s efforts to conserve water; he suggested that the county, “already has done a tremendous amount. Every connection, every house connecting to the wastewater project, was offered rebates and many took advantage of them to install water efficient fixtures.”

Fact: The project as conditioned by the Coastal Commission requires $5 million to be used for rebates associated with fixture replacement. To date, the county has only spent $1.5 million (about 1/3 on administration) on the effort. The county’s program and wisdom left 1.6 gallon per flush toilets exempted from needing to be replaced – leaving millions of gallons to be conserved.

Gibson takes credit saying, “We are already seeing the reversal of seawater intrusion and the stabilization of the basin.”

Because of the recent rains, Los Osos is seeing test results with lower levels of chloride in our groundwater, but it is far too soon to suggest decades of basin mismanagement have been overcome by a years’ worth of wastewater project implementation. It is reckless to suggest that is the case, as we still want people to conserve and to move forward on our basin plan projects in order to balance our basin.

Gibson has lost touch with the Los Osos wastewater project and with that he’s lost touch with the ratepayers who have to foot the bill. Today the total project cost approaches one-fifth of a billion dollars with overruns (including a $10 million settlement with ARB Construction) while the community faces millions more in costs for implementation of the basin plan.

It is time for a positive change. I’m voting for Jeff Eckles.