Opinion by the Holland Family Alliance

On Saturday, May 25, we scattered Andrew’s ashes at sea on what would have been his 38th birthday. It has been nearly a year and a half since Andrew died in the jail you command, yet we are lacking basic answers to extremely troubling questions about what actually happened to Andrew.

You have publicly stated numerous times that Andrew was not released from the restraint chair because he was combative, he would not accept medications, and that jail staff could not involuntarily sedate Andrew. The video of Andrew’s time in the restraint chair definitively shows that Andrew was never outwardly aggressive or combative with
jail staff.

The limited records which do exist, as well as the video evidence, show that Andrew did in fact receive a sedative injection approximately 90 minutes after initially being placed in the restraint chair; thereafter, he is variously described as “calm” and “responding appropriately to questions.” 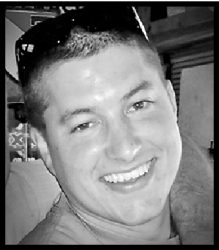 You have publicly stated numerous times that jail custody staff appropriately followed all policies and procedures. This does not appear to be a true or accurate statement.

Based on the facts known today, several fundamental questions are raised that demand an honest and credible answer from you. We believe we are not only entitled to these answers, we further believe that it is not reasonable or appropriate for the electorate to go to the polls without having answers to these fundamental questions.

These issues speak directly to your veracity, honesty and your willingness and ability to address the very serious challenges of overseeing the SLOCounty Jail.

1. If Andrew was not combative with staff and accepted sedative medications, why was he kept in the restraint chair for over 46 hours? Given his lack of combativeness and his sedation, the prospect is now raised that his continued restraint was the product of utter indifference to his life and safety, or that he was kept restrained as retaliation or
punishment by custody staff.

2. Do you acknowledge that custody staff did not follow the relevant and applicable policies concerning restraint (Sheriff’s Custody Policy 523-Use of Restraints) with Andrew, or do you continue to maintain that your staff followed all policies and procedures appropriately?

Is there an explanation which you can provide for why the staff members responsible for these horrendous actions have not been disciplined and have instead been rewarded for fatal errors of judgment at best or malicious intent at worst?

Mr. Parkinson, you are claiming to be the person who can bring the Sheriff’s Department and the SLO County Jail out of the darkness that surrounds them. If that is true, you should be willing and able to give the voters and citizens of this county, as well as our family, honest answers to these questions. We look forward to your candid and definitive answers to these questions before Tuesday, June 5, 2018.

The Holland Family Alliance seeks to bring transparency, accountability and reform to San Luis Obispo County’s broken mental health and criminal justice systems. If you would like more information about this topic, please contact 805‐801‐1728 or email at info@hollandfamilyalliance.org.