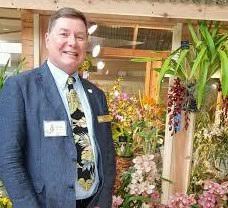 The Fair Political Practices Commission recently informed Arroyo Grande Mayor Jim Hill that he has a conflict of interest regarding the Brisco Road interchange project and cannot vote on the issue.

Throughout Hill’s term, he has been an advocate for the Brisco Road project. Hill spoke in favor of funding the project at the San Luis Obispo Council of Government and repeatedly asked for public input regarding the temporary closure and the various options.

In the past, public officials were barred from voting on projects that were within 500 feet of property they owned. Arroyo Grande city administrators recommended that all council members ask the Community Development Department to determine if they are within 500 feet of any project, which Hill did.

However, the rules have changed. Public officials are now considered to have a conflict of interest if a project could impact their property values.

Because of the recent changes in conflict of interest rules, Hill asked the FPPC to provide him with a formal opinion.

In a June 19 letter, the FPPC advised Hill that even though his primary residence is 2,600 feet from the Brisco Road interchange, he would receive both a disproportionate benefit and detriment as a result of the decisions made by the city on the project.

With option one, the city would close the northbound Highway 101 off and on-ramps at Brisco Road and widen the Highway 101 overpass at Grand Avenue at an estimated cost of $14 million.

Under option two, the city would relocate the northbound Highway 101 off and on-ramps at Brisco Road to Rodeo Drive for an estimated cost of $23 million.

Under option three, the city would make no changes.

At Tuesday’s Arroyo Grande City Council meeting, Hill announced he would be recusing himself from discussing and voting on the project.”