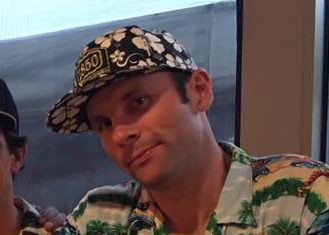 The U.S. Justice Department has arrested 35 suspects selling illegal drugs and marijuana on the dartnet including a San Luis Obispo county cannabis delivery service owner, according to a news release.

Federal agents posed as money launderers on “darknet market sites” and were able to infiltrate the criminal enterprises, resulting in the seizure of “massive amounts” of narcotics, 100 firearms, $20 million in cryptocurrencies, and $3.6 million in bills and gold bars. The 35 individuals arrested are awaiting prosecution.

On May 17, a federal grand jury returned an 11-count indictment against Daniel Boyd McMonegal, 35, of San Luis Obispo charging him with drug distribution and money laundering.

According to the indictment, McMonegal, using the online monikers “Sawgrass,” “Ross4Less,” and “ChristmasTree,” distributed marijuana on various dark web marketplaces, including Dream Market.

McMonegal is the owner of a San Luis Obispo marijuana delivery service called West Coast Organix, which claimed to be a non-profit medical marijuana cooperative located at 712 Fiero Lane near the San Luis Obispo airport.

The extensive federal operation, which culminated in four weeks of more than 100 enforcement actions around the country, resulted in the following:

Federal arrests of more than 35 Darknet vendors who engaged in tens of thousands of sales of illicit goods;

On Tuesday, the Department of Justice, U.S. Immigration and Customs Enforcement’s Homeland Security Investigations (HSI), the U.S. Secret Service, the U.S. Postal Inspection Service and the U.S. Drug Enforcement Administration, announced the results of a year-long, coordinated national operation that used the first nationwide undercover action to target vendors of illicit goods on the darknet.

“The darknet is ever-changing and increasingly more intricate, making locating and targeting those selling illicit items on this platform more complicated. But in this case, HSI special agents were able to walk amongst those in the cyber underworld to find those vendors who sell highly addictive drugs for a profit,” said HSI Executive Associate Director Benner. “The veil has been lifted. HSI has infiltrated the darknet, and together with its law enforcement partners nationwide, it has proven, once again, that every criminal is within arm’s reach of the law.”