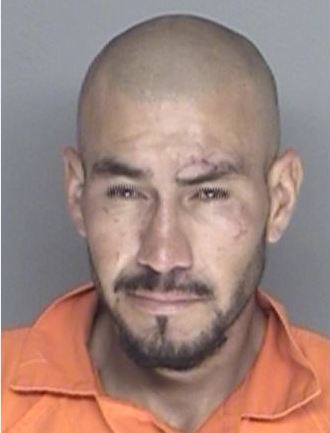 A Santa Maria jury convicted an illegal immigrant with an extensive criminal history Wednesday of the murder of Air Force veteran Marilyn Pharis. Victor Aureliano Martinez was also convicted of multiple enhancements and could now face life in prison without the possibility of parole. [KSBY]

In July 2015, Martinez broke into the home of Pharis, a 64-year-old veteran and Vandenberg Air Force Base employee, while she was sleeping, then beat her with a hammer and raped her. Eight days later, Pharis died in the hospital after blood clots formed in her legs.

Following a trial that lasted more than a month, jurors deliberated for nearly two days this week. On Wednesday, the jury convicted Martinez of first-degree murder, as well as enhancements of robbery, burglary, sexual penetration and use of a deadly weapon.

Jurors deadlocked 10-2 on a torture enhancement. Prosecutors then moved to dismiss the allegation.

Martinez, an illegal immigrant from Mexico, had been arrested six times in the 15 months prior to the Pharis killing, according to the Santa Maria Police Department. Martinez was released from the Santa Barbara County Jail 96 hours before he attacked Pharis.

The Pharis murder was one of two cases in which an illegal immigrant who had previously been deported and recently let out of jail killed a woman with Central Coast ties. The killings of both Pharis and Cal Poly grad Kate Steinle are cases President Donald Trump has seized upon in calling for stricter immigration rules.

Unlike the Pharis case, the trial over the killing of Steinle did not end in a murder conviction. Last November, a San Francisco jury acquitted a Mexican national of murdering Steinle, a Cal Poly grad, even though the defendant admitted to shooting her.

During the Pharis murder trial, prosecutors argued Martinez beat the Santa Maria woman with a hammer and choked her multiple times. Pharis suffered a broken neck bone and severe bruising, and Martinez’s DNA was found at the scene. Martinez also admitted to police that he hit Pharis, tried to strangle her and “touched her under her underwear,” prosecutors said.

Martinez’s attorney argued the defendant did not intend to kill Pharis and that the Santa Maria woman died as a result of gross negligence by hospital staffers, who failed to catch the blood clot that formed in her leg.

Initially, Martinez stood trial with co-defendant Jose Villagomez , an accomplice who was also charged with murder. In late May, Villagomez changed his plea to guilty, and he is expected to be sentenced to 25 years to life in prison.

Martinez’s sentencing is scheduled for July 2. Prosecutors have said they are seeking a sentence of life without the possibility of parole.