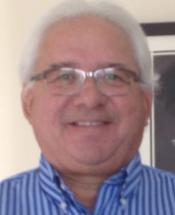 Letter to the editor by Michael Rivera

If I lived in a perfect world there would be no need for walls at our border. But many of us know we need a wall!

If I lived in a perfect world I would have confidence people from other countries coming here wish my country no ill will. But I know some do wish us ill will and perpetrate unspeakable crimes against my people and inevitably cost us billions of dollars!

If I lived in a perfect world I could believe there is no need for law enforcement. But we do!

If I lived in a perfect world we would never worry that my country would be under assault from peoples from outside our country and even from our own citizens. But we are!

If I lived in a perfect world my city and state would have plenty of money for educating our children and helping our own people. But that hard-earned tax money is wasted away and misspent in so many ways!

If I lived in a perfect world I would never worry or be concerned that my country’s way of Life is under assault. But we are. Then demonized for having earned too much and succeeded in life after many years of work!

If I lived in a perfect world I would have faith that the people who swear an oath to protect and defend after elected to public office would do so. But many times they make excuses as to why they will not!

If I lived in a perfect world I would “not” have to bear arms to protect my family and myself.
But I need to!

If I lived in a perfect world my children and grandchildren, friends and neighbors would be secure.
But we are not secure because of the inaction of our government!

The American people live this nightmare delivered to us by the very people “we” have chosen to defend our interests. Past and present leadership both at the local, county, state and federal level have let us down over the years and now because “Americans” have decided we have had “enough” the very gates of hell have opened up on the government the “people” of this great nation have chosen to represent us at the federal level. Why? Because we dare to object to tyranny and the globalists whose plans for the world were disrupted after this last election cycle!

Our founders understood this possible future for our republic and gave us a system of government to protect our freedoms. Our founders lived under extreme tyranny and fought back and then after winning the battle against the “Crown,” they gave us our Republic and our Constitution, what a magnificent gift.

My prayer is that the American people, “through our system of government,” will wake up and protect our country from those elected officials and groups who would undermine and steal our future. Yes I believe even here in my beautiful State of California that we might save ourselves as we continue our march to a more “perfect union.”

I pray for this for our future posterity what say you.

Rivera is a Paso Robles resident who has served on numerous boards and commissions including Santa Maria Recreation and Parks (commissioner and chairman of the board), County of Santa Barbara Private Industry Council (commissioner, chairman and CFO), City of Guadalupe (planning commissioner) and various committees, including the Mayors Housing Task Force.