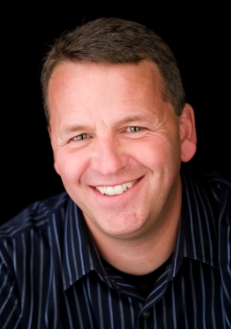 A longtime journalist for The Tribune who has recently penned columns advocating for liberal policies and supporting liberal politicians in SLO County has been named the new editor of San Luis Obispo’s daily newspaper.

Joe Tarica will serve as the editor of both the print and digital versions of The Tribune, according to a McClatchy news release. He will not be The Tribune’s top executive, though, as the newspaper has an out-of-town publisher, as well as a regional editor based in Sacramento.

Tarica has been with The Tribune for more than 25 years. He started with the newspaper in 1991 as an intern while a student at Cal Poly and has since worked as a copy editor, page designer, assignment editor, reporter, photo editor and senior editor.

Early this year, McClatchy, which owns The Tribune, announced a nationwide reorganization of its newspapers. McClatchy decided to have one editor based in Sacramento who is responsible for all five of the company’s California newspapers, as well as a paper in Idaho.

McClatchy announced the individual papers would retain a “local editor” who is committed to producing journalism that matters to the local community. The Tribune says Tarica is replacing its former executive editor, Sandra Deurr, who retired late last year.

Tarica argued in a Joetopia column that Grover Beach should become the “pot capital of the Central Coast,” and he defended officials in the South County city against allegations of them being swayed by financial interests when making decisions on pot regulations. Tarica has also used his column to support policy initiatives of Supervisor Adam Hill, such as a cleanup of Pirate’s Cove, while criticizing conservative Supervisor Lynn Compton’s efforts to secure parks funding for Nipomo.

More recently, Tarica wrote that Cal Poly needs to address its “whiteness” problem and that gun control activist David Hogg should come attend the university and continue throttling the NRA.

In a statement released by The Tribune, Tarica said, as editor, he will hold leaders accountable and defend responsible journalism.

“I am truly honored to lead such a talented and committed group of journalists in a newsroom that’s been home for my entire career,” Tarica said in a statement. “I know this county and the issues that are important to the people who live here, and I will work with passion and dedication, using all of the tools at our disposal, to tell great stories, hold our leaders accountable and defend responsible journalism on the Central Coast at time when it’s never been more vital.”