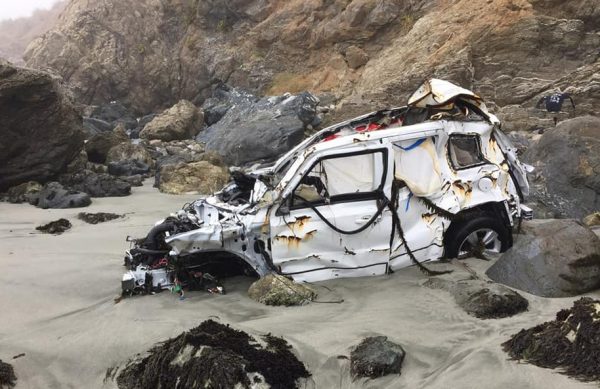 While recovering in a hospital bed in Templeton, the courageous woman who fought to stay alive for seven days after her car crashed over a cliff in the Big Sur area is telling her extraordinary story of survival.

Angela Hernandez, 23, was heading to Southern California to visit family when she accidentally drove over a cliff on July 6. Seven days later, Chelsea and Chad Moore of Morro Bay found Hernandez and assisted in her rescue.

Hernandez posted from the hospital on Facebook describing her ordeal and rescue: 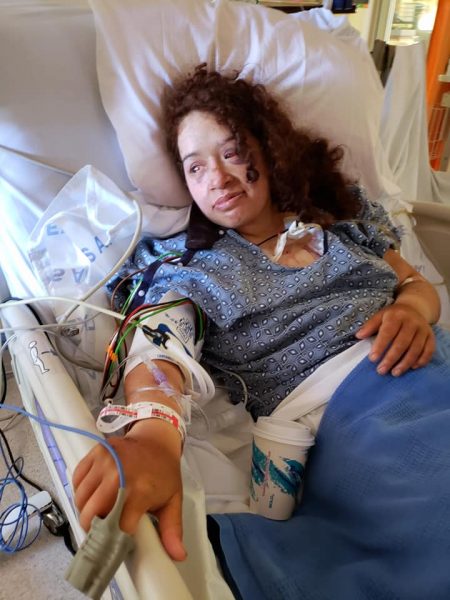 “The past week has been unlike anything I’ve ever experienced in my entire life.

“I’m not sure that I could ever find the right words to describe any of it, but this is me trying.

“The first two photos are the last of me & my Jeep ( 💕) taken before an accident that sent me over a cliff and into the Pacific Ocean.

“Sometime around noon on July 6th, I was in the final half of a beaaaautiful drive down home to Southern California. I was passing through Big Sur when a small animal stepped onto the road, causing me to swerve and lose control of my vehicle. I don’t really remember much of the fall. They say I fell somewhere around 250 feet.

“The only thing I really remember after that was waking up. I was still in my car and I could feel water rising over my knees. My head hurt and when I touched it, I found blood on my hands. My car’s power was off by now and every window was closed. Everything kind of happens fast here.
I took off my seatbelt and found a multi-tool I kept near my front seat. I started hitting the driver-side window with it. Every bone in my body hurt. The only thing racing through my mind was my sister, Isabel. So I started screaming her name.

“Eventually, I was able to break out of my car and jump into the ocean. I swam to the shore and fell asleep for an unknown amount of time.

“When I woke up, it was still daylight and it was only then that I had finally realized what had happened. I stood up onto my feet and noticed a huge pain in my shoulders, hips, back, and thighs. I saw nothing but rocks, the ocean, and a cliff that I knew I’d never be able to look over. I could see my car not too far from me, half washed up on shore with the roof ripped off of it. I looked down at my feet and saw that my shoes were gone. I tried getting into my car, because I had a gallon of water hidden away inside (I was never able to get to it, by the way, ahah).

“The next few days kind of became a blur. I’d walk up and down the beach in search of an another human being. I’d climb on rocks to avoid the sharp sand, walk along the shore to avoid the hot rocks, and air wrestle tiny crabs. I found a high spot I was able to climb up to and found myself there almost every day. I could see cars driving across the cliff and felt like if I could yell just loud enough, that one could hear or see me. That’s all it would take to make it back to my family. Just one person noticing me. I’d usually stay there until the sun became unbearable and then would find a way to slide myself back down to the shore.

“About 3 days had passed by now and the back of my jeans were torn apart, my socks were nothing but holes, and I could start feeling the effects of dehydration. I found my way back to my car and started looking around for anything I could use. I found a 10-inch black hose that seemed to have fallen off of my vehicle during the crash. It fit perfectly in the front pocket of my sweater, so I kept it there. I walked farther south down the beach than I ever had before and heard a dripping sound. I looked up and saw a huge patch of moss with water dripping down from it. I caught the water in my hands and tasted it. It was fresh!!!! I collected as much as I could in my little hose and drank from it for maybe an hour. 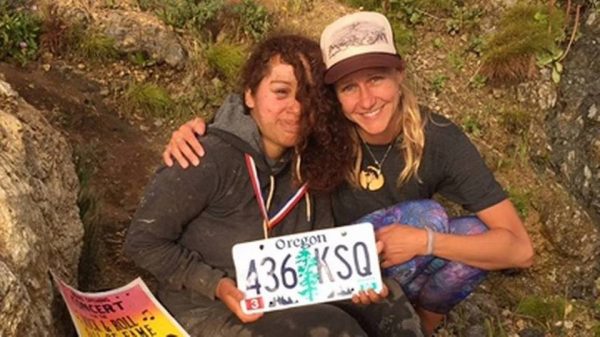 “Every day, this became my ritual. I’d walk up and down the beach looking for new high grounds, screaming ‘help’ at the top of my lungs, and collecting water falling from the top of the cliffs. Every night, I’d find the highest point I could climb up to and find somewhere to fall asleep before the tide would rise. Every morning, I’d wake up soaked in sea mist and watch the sun rise.

“It would be a lie to say that things got easier as the days passed. They never did. But, they sure got predictable. Songs I hadn’t heard in years would play on repeat inside of my head. I’d day dream of foods I’d get to eat once I was found and imagined the face of the person who would eventually find me.

“My last morning on the beach was an especially good one. I woke up in the middle of the night because of shoulder pain, but looked up and noticed the big dipper in the sky. I walked to my usual spots on the beach and started looking at everything a little bit differently. I fell asleep between some big rocks and let the sand cover my hair. It was warm out and I finally woke up before the sun had gone down. When I sat up, I saw a woman walking across the shore. I thought she was a dream. (I had a few just like this during the past few days).

“I screamed, “HEEELLLPPPPP!” and then got up as quickly as I could and ran over to her. She was with a man and I don’t think they could believe their eyes. They acted so quickly. She ran down the beach and up a trail to go find help while the man stayed with me and gave me fresh water. He told me they were a married couple who loved the ocean and had been exploring when they had come across my destroyed vehicle.

“He pulled out some of my belongings from their backpack (some of the most important ones, I’m not even kidding).

“During the first few days after the crash, I was suffering from a brain hemorrhage. The crash had also caused me to fracture 4 ribs, break and fracture both collar bones, have a lung collapse, rupture blood vessels in both eyes, and experience intense sunburns on my hands, feet, and face.

“But, at the end of the day, none of that matters. I feel like I have everything I’ve ever wanted. I’m sitting here in the hospital, laughing with my sister until she makes broken bones hurt. I’ve met some of the most beautiful human beings that I think I’ll ever meet in my entire life. I’ve experienced something so unique and terrifying and me that I can’t imagine that there isn’t a bigger purpose for me in this life.

“I don’t know, you guys, life is incredible.”