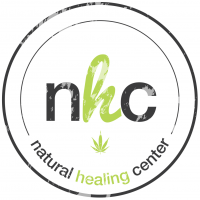 For the first time, marijuana for recreational use is going on sale legally in San Luis Obispo County. Marijuana users who do not have medical recommendations, but are 21 or older, can now enter a Grover Beach pot shop and make purchases.

In addition to amending the permits, the Grover Beach council also voted to allow volatile manufacturing of pot products in the South County city. The move will allow for permitted businesses to produce marijuana oil extract in Grover Beach.

The council approved the volatile manufacturing regulation prior to Grover Beach Police Chief John Peters being ready to deliver a report on the public safety implications of the move. Concerned about the possible safety implications of allowing volatile manufacturing, councilwomen Debbie Peterson and Mariam Shah voted against the proposal, but it passed on a 3-2 vote.

Grover Beach’s marijuana regulatory scheme, which is the furthest advanced in the county, has drawn criticism over alleged threats, backroom deals and the awarding of dispensary licenses to questionable businessmen. Natural Healing Center, now the first dispensary in the county to offer recreational marijuana, is co-run by Helios Dayspring, a major player in the local pot industry who has been targeted in a home invasion robbery and has sponsored children’s events to promote his marijuana brand.

The city of San Luis Obispo, too, is in the process of establishing legal recreational pot sales. The SLO City Council has already adopted an ordinance that would allow for both medical and recreational pot shops, but it is conditional upon voters passing a tax measure.

One Comment about “Recreational marijuana goes on sale in Grover Beach”