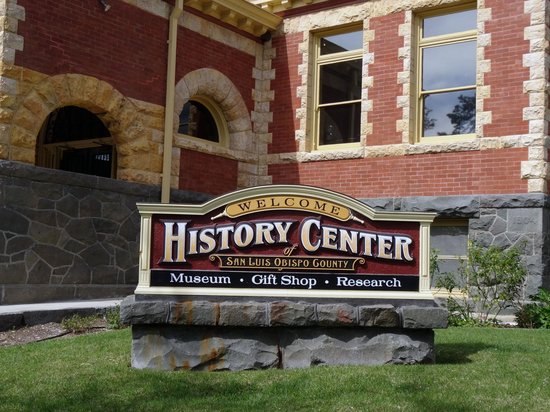 The History Center of San Luis Obispo is facing allegations of mismanagement and political partisanship. Allegations the Tribune blames on anti-gay sentiment but others say was concocted to cover up existing problems.

In a follow up editorial, Tribune staffers called critics of the management of the History Center ridiculous and painted them as people who believe homosexuality is morally wrong.

However, for months prior to pride week, critics of the management of the History Center have voiced concerns that the board was becoming politically partisan. None of the complaints mention the pride flag or the documentation of gay and lesbian history which caused some affiliates of the History Center to question if the allegation of homophobia was raised to divert attention from the real issues.

Earlier this summer, a concerned citizen contacted several members of the SLO County Board of Supervisors requesting a review of the nonprofit, which receives about $110,000 a year in county funding. Because of state law, the county is barred from giving money to groups that act in a politically partisan manner.

In his letter to supervisors Debbie Arnold and Lynn Compton, A.Z. Duesenberg accused the History Center Board of being politically partisan and asked the county to take action. Duesenberg complaints have nothing to do with the LGTBG community or the pride flag.

“The problems in my opinion are manifold, beginning with a politically partisan and activist board of directors who are working to steer the History Center away from its stated mission and into a political action committee to suit their personal political choices,” A.Z. Duesenberg wrote. “Please consider initiating a financial and operational audit of the History Center. Based on the findings, I would then ask for the county’s assistance in removing the partisan political influence from the History Center’s current board of directors, and for help recruiting a solid, new executive director. If the county doesn’t step in and help, things will never really improve.”

The History Center teams up with the Women’s March

During the fall of 2017, the History Center teamed up with the Women’s March of San Luis Obispo to promote a march in support of women’s rights. Multiple local nonprofits then agreed to participate in the Jan. 20, 2018 march.

In late 2017, however, the Woman’s March swapped plans for a march for a “Voices of Resistance” rally to encourage voters to support candidates with progressive values.

In response, several nonprofit boards including the Latino Outreach Council and the ACLU voted not to participate in what appeared to be a political rally in order to protect their nonprofit’s status.

A representative from the Women’s March said that even though the rally was to promote voters to support candidates with progressive values, it was not political.

Bill McCarthy, the president of the History Center’s Board of Directors, rejected allegations that the rally was political or that the History Center Board is partisan. Of the 12 current board members, only three are dues paying members of the SLO Progressives, McCarthy said.

With approximately 2,000 members, the SLO Progressives represent less than 1 percent of SLO County’s population and 25 percent of the current History Center board.

The Tribune also incorrectly reported that former conservative Sen. Sam Blakeslee is currently on the History Center Board. After serving on the board for several months, Blakeslee stepped down in June.

Earlier this summer, the History Center terminated its agreement with its caretaker of 20 years at the Dallidet Adobe and fired an employee assigned to work part-time for the center’s Wine History Project, angering some volunteers and employees. 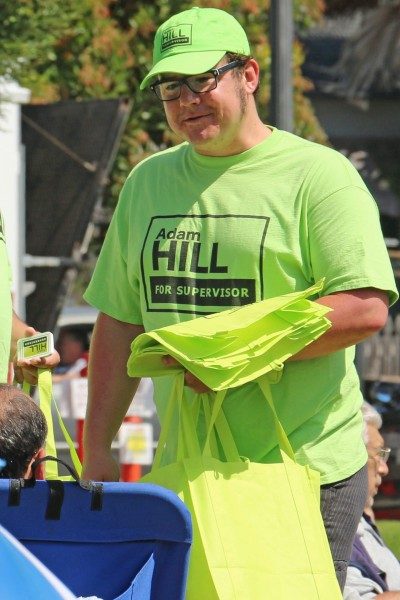 Earlier this summer, there were some disagreements over how donor funds were being allocated by then History Center Executive Director Eva Fina. Upset with Fina, several employees quit.

In June, Agran wrote a letter to the board documenting her concerns with the disbursement of funds and noting her unwillingness to work with Fina, McCarthy said.

Following Fina’s departure, the board voted to appoint Thomas Kessler as interim executive director. During the 2016 election, Kessler worked on the campaign of SLO County Supervisor Adam Hill, a member of the SLO County Progressives.

History of false claims of homophobia

In mid-2017, then History Center director Eva Fina began sending text messages to other nonprofits saying she was unable to get her work done because CalCoastNews reporters were attempting to stop her nonprofit from recording the history of the local gay and lesbian community. Fina later spoke in front of members of the Gay and Lesbian Alliance repeating her false claims.

In early Aug. 2017, Fina apologized to reporters at CalCoastNews and to the History Center Board for making the false allegations. In her defense, Fina said she “conflated” reporters with someone else. 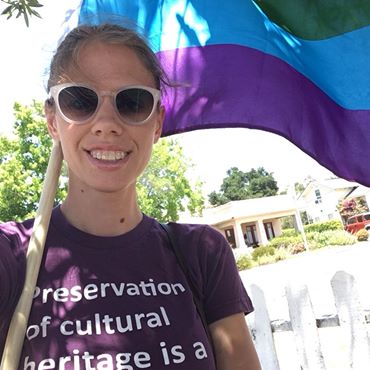 “Eva (Fina) has passed along her apology to board members,” McGuilkin wrote in an email to CalCoastNews.

Fina, however, refused to send corrections to those to whom she had made the accusations of homophobia.

“I understand that an email and/or social media communication falsely accusing Ms. Karen Velie of being homophobic and as being opposed to GALA has been issued by a member of the organization Mr. McQuilkin represents,” Jenkins wrote in an email on Aug. 11, 2017.

“Having personally observed Ms. Velie’s strong commitment to equal rights and equal dignity for all people during her service on the SLO County Chapter of the ACLU, I can attest to the fact that any claim that she is homophobic, opposed to GALA, or doing anything at odds with advancement of the rights that should be those in the LGBTQ community would be false; maliciously false, defamatory, and libelous.

“The email and/or posting of such malevolent statements about one so committed to equal justice is plainly cruel. Cruel to her, cruel to her family, and a cruel trick on all those in the community at large.

“It would be wise, and morally the right thing to do, for any organization or individual who has disseminated or passed on those false claims to immediately send an apology to all those to whom they have transmitted those malicious claims, WITH a correction indicating that they were wrong and that Ms. Velie has and does actively support the rights of GALA and all those in the LGBTQ community.

“The shame of someone having spread such slander can be corrected, if done immediately. That shame can only be compounded by the individual and organization remaining silent.”

At that time, Fina and the board refused to correct the miscommunications noting that their apology should have been sufficient.

According to McCarthy, none of those involved in the false claims against CalCoastNews are currently working for or on the History Center Board.

In January, the SLO County Board of Supervisors will determine whether or not to continue financially supporting the History Center.

One Comment about “Did History Center staffers fabricate a homophobic tale?”