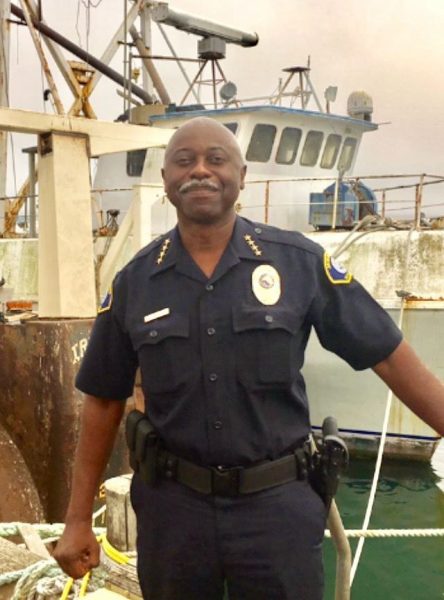 Following a little more than a year on the job as Morro Bay’s top cop, Police Chief Gregory Allen has announced he is leaving his position with the coastal San Luis Obispo County city.

Allen, who had a long career with the Los Angeles Police Department, has not revealed his reason for leaving the Morro Bay force. The city of Morro Bay has not explained Allen’s sudden departure either.

“I have enjoyed serving as the chief of police for this department and the community,” Allen said in a statement. “Together we accomplished some great and honorable achievements, especially the betterment of communication between members of the community. I will always appreciate the teamwork that I experienced between the police department and its community.”

Allen served more than 30 years in LAPD, rising from beat officer to captain. After leaving LAPD, Allen became a police commander in the Salinas Valley city of Greenfield, where he was later appointed acting chief.

His stint in Morro Bay included an incident in February in which he physically tussled with a YouTuber who films police officers. Allen and another officer physically took YouTuber “Nasty Nathanial” to the ground after the cameraman refused to provide identification. The YouTuber was detained during the incident but ultimately let go.