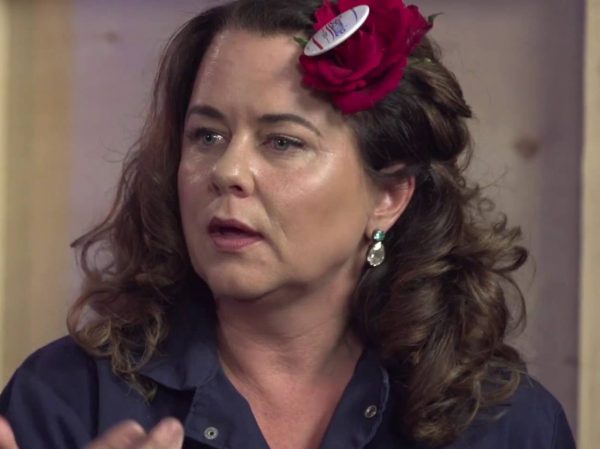 San Luis Obispo Mayor Heidi Harmon threw her microphone on a table, yelled she was done, and stomped out of a mayoral candidates forum on Thursday evening. The event was hosted by the SLO Progressives, a group she helped form.

When asked about the proposed quarry, Harmon took credit for stopping a rail spur that would have increased oil train trips through SLO County before attempting to paint mining for aggregate with the same brush.

Gurnee, who has worked with proponents of the quarry, said he is in favor of its approval because having another local quarry would help reduce greenhouse gasses. Using the recent repairs to Highway 1 as an example, Gurnee spoke of the environmental consequences and expense of having aggregate trucked in from quarries four to five hours away.

Several attendees generated questions that attempted to denigrate Gurnee for having Republican friends and for writing letters to CalCoastNews. After members of the audience booed Gurnee for attending SLO County Supervisor Lynn Compton’s election night party, he responded saying he “was proud of it.”

“Lynn Compton is an old friend, and I stick by my friends,” Gurnee told Cal Coast Times.

Harmon wasn’t the only attendee who acted uncivil. A vocal crowd booed and shouted as the mayoral candidates responded to questions.

Even though the bulk of the 100 people in attendance were dues-paying SLO Progressives, about a third of the questions were focused on Harmon’s votes to wave building rules for height and parking for several developers. Harmon responded by telling attendees that issues regarding development were complicated and most people do not understand the process, causing several members of the audience to lash out at her.

Speaking loudly, Harmon said she was the only progressive candidate in the room, threw the microphone on the table in front of Gurnee, and stomped out of the room.

“Is that your version of civility?” Gurnee asked.

As Harmon walked out, members of the audience began arguing among themselves.