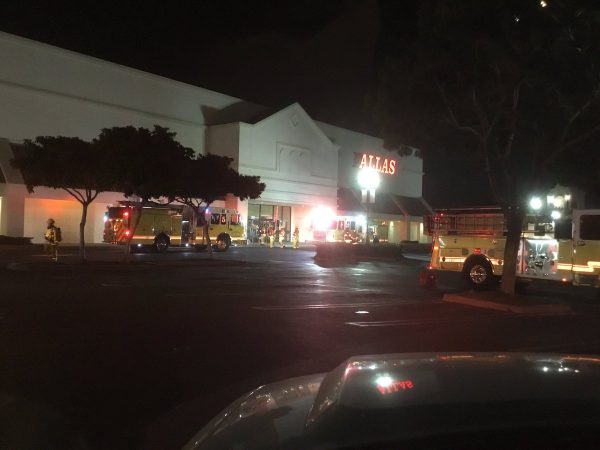 A fire broke out inside a Santa Maria department store Tuesday night, and fire officials suspect the blaze may have been set intentionally.

At about 10 p.m., the fire started in Fallas, located in the Town Center West Shopping Center at 201 Town Center West. The Santa Maria Fallas is part of a chain of discount stores.

The fire reportedly broke out on the second floor of the department store. Employees were working at the time and had to be evacuated.

Fire officials say sprinklers stopped the blaze from spreading and enabled firefighters to quickly extinguish it. However, the store sustained a considerable amount of smoke and water damage.

No suspect or suspects have been identified in the arson investigation.