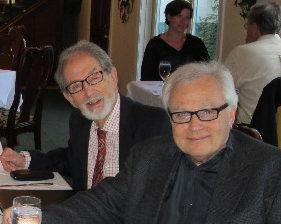 Since San Luis Obispo’s City Council hired a sustainability coordinator and formed a Green Team, we have not seen the city initiate one new prescriptive or incentivized mitigation affecting the built environment that would address climate change – the most urgent issue confronting us today.

Since all five council members have been elected (and two of them are now running for re-election with climate action as a campaign “promise”), the only change initiated by them is that customers must request single-use plastic straws for their drinks instead of receiving them automatically. And even this was considered government overreach by Council Member Pease while Council Member Rivoire bemoaned the restriction of plastic cups and bottles at city sponsored events!

Moreover, nearly all of the city’s current sustainability measures were put in place more than nine years ago. These include encouraging re-use of reclaimed material after demolition, a night-sky ordinance, greenbelt preservation, protecting solar exposure, public utility water reclamation/conservation and encouraging the use of bikes and public transit.

Yet over these same nine years many California cities, in terms of eco-consciousness, have resoundingly passed San Luis Obispo by. According to one 2017 survey (Viewfinder), San Luis Obispo didn’t even make it into the top 10 greenest small cities in the nation.

For example, with regards to a diminishing and unreliable water supply, the Cities of Davis, Monterey and Los Angeles have already adopted ordinances allowing the installation of residential grey water systems.

And with regards to reducing our reliance on coal-sourced electricity and natural gas, San Francisco, Santa Monica, Culver City, Lancaster and Sebastopol have mandated, where appropriate, solar panel installations on all new development.

With over 287 days of sunshine a year and record breaking high temperatures, we San Luis Obispoans should be more concerned than ever about the urban heat island effect. More than half of our city surfaces are covered by dark, impervious pavements and dark roofs. Black asphalt absorbs up to 90 percent of the sun’s radiation. As the asphalt gets hotter, it warms the air around it, adding to the overall heat.

Moreover, the buildout of cities with tall structures creates street canyons that exacerbate the heat island effect. Prominent scientists associated with the Heat Island Group at Lawrence Berkeley National Laboratory and scientists associated with the Global Cool Cities Alliance have advocated turning enough of the world’s black urban landscape white as this would reflect enough sunlight to delay global warming and grant us some precious breathing space in the global struggle to control carbon emissions.

These also include the near-black buildings at 1135 Santa Rosa (approved by the City Council), portions of 1800 Santa Barbara, 4476 Broad and 1865 Monterey. And the recently retrofitted or installed black asphalt parking lots located at 3550 Broad, 2276 Broad, 2160 Santa Barbara and 2034 Santa Barbara.

So what shall we do?

If you are as concerned about these issues as we are, we hope you will consider voting for Keith Gurnee and for one of the several qualified candidates running for council.

Why? Because we know, based on their knowledge and experience, they will do more than pay lip service to climate change.