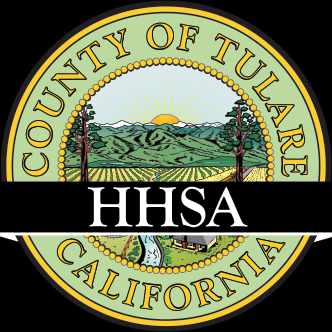 A 1-year-old boy has been fighting for his life, and a foster mother has been arrested, following a mysterious incident that took place in a Central Valley foster home run by an allegedly abusive couple. [Fresno Bee]

In similar fashion to a recent San Luis Obispo County case, the 1-year-old boy was reportedly taken away from his mother because of homelessness and then physically abused by a foster parent. The foster mother, 29-year–old Darlene Valdovino-Aguilera, was arrested by Visalia police on Friday on child abuse charges.

His condition improved and then deteriorated again. On Friday, he was back in the Intensive Care Unit at Valley Children’s Hospital in Madera County, Aguilera said.

On Aug. 12, officers responded to a report of child who was unresponsive at a home as a result of a fall. Authorities launched an investigation after determining the child’s injuries did not match the foster mother’s description of the incident.

A joint investigation by the Visalia Police Department and the Valley Children’s abuse team found the boy’s life-threatening injuries were the result of abuse inflicted by Valdovino-Aguilera.

The grandmother said the child and his six siblings were taken from their mother, Jennifer Mesta, in May 2017, not because of abuse or neglect on her part, but because she was homeless. Tulare County child welfare services have removed the child’s six siblings from the foster home since the incident.

The grandmother said she has been informed of allegations of prior abuse carried out by the foster parents with whom her grandchildren were placed. Aguilera also said more people, including the foster father and child welfare services, need to be held accountable.

“CPS needs to listen to parents… instead of waiting for a disaster like this to happen,” Aguilera said.

Mesa, the child’s mother, said she believes both foster parents should have been arrested for abusing her children. One of her other sons had a black eye, Mesa said.

The mother’s severely injured son was undergoing a brain scan on Monday, Mesa said. There are concerns he can have long-term needs as the injuries may affect his motor skills.

Mesa is currently in the process of regaining custody of her children. The mother was told her children would be returned after a few successful overnights.

Child welfare officials took no responsibility for what happened to her son, Mesa said.

In 2016, a former foster father was convicted in SLO County of raping a child under the age of 14. The child was placed in his Nipomo home after county officials concluded the house was safer and more stable than the lodging the homeless birth parents could provide.