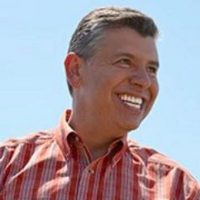 Allegations that former Lt. Gov. Abel Maldonado was leasing his land to an illegal marijuana farm have been proven unfounded.

A few weeks ago, a San Luis Obispo County Sheriff’s deputy noticed what appeared to be 30 acres of cannabis growing in the south county on land owned by Maldonado. Workers at the farm explained that the plants were industrial hemp grown as part of a licensed research program, which does not require a county or state cannabis permit.

The deputy then informed county code enforcement which opened an investigation focused on code violations if the plants were considered cannabis, which requires a state and county permit, or hemp.

Following an article in the SLO New Times regarding the investigation, multiple media sources covered the allegations. Maldonado responded by having the plants tested, which proved they are industrial hemp.

For more than a year, neighbors of some county marijuana farms and dozens of marijuana growers have alleged unfair enforcement practices by county staffers. Those allegations include some county staffers allowing several large growers to skirt marijuana laws while creating road blocks for other growers.