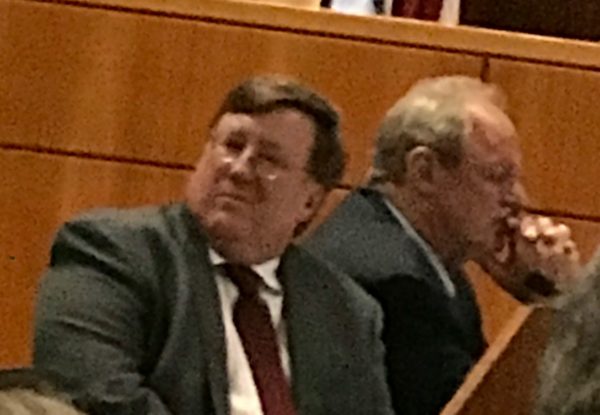 The San Luis Obispo County Integrated Waste Management Authority (IWMA) board will reconsider on Aug. 29 its recent decision to allow its embattled administrator to retire amid criminal investigations into misappropriation of public funds.

On Aug. 8, the board voted unanimously to place the agency’s manager, Bill Worrell, on paid administrative leave as SLO County District Attorney’s investigators delve into the agency’s long-neglected oversight of Worrell’s spending autonomy.

IWMA’s legal counsel, Ray Biering, informed the board that Worrell would not be receiving an IWMA funded retirement, according to several board members. Consequently, the board then voted to allow Worrell to “retire” early, on Sept 7.

In 2013, the state passed the California Public Employees’ Pension Reform Act, a law that requires public employees who are convicted of a felony to forfeit public retirement benefits.
In 2006, the IWMA entered into a contract with Worrell that provided retirement benefits.

“IWMA shall pay 19 percent of the basic salary on a monthly basis into a retirement program specified by the manager,” according to the contract. “The IWMA shall match the employee’s contribution to the differed compensation plan (457) up to a maximum allowed by the IRS.”

In an Aug. 21 “cure and correct” letter to the board, attorney Stew Jenkins asked that the issue of Worrell’s retirement be revisited because it was not properly placed on the agenda. Jenkins also questioned why the board was provided inaccurate information.

Several days later, Biering informed Jenkins that the board would reexamine the issue in open session at a special meeting on Aug. 29.

Jenkins also asked the IWMA board to invite the county district attorney to attend the corrective meeting.

“In that manner, you may inquire and receive legal information concerning available disciplinary matters that may, can or must be applied to forfeiture of publicly funded retirement, differed compensation, or other fringe benefit if a determination that public funds managed by the employee have been misappropriated,” Jenkins wrote.

The board will meet in special session at 1:30 p.m. Aug. 29 in the county supervisors’ chambers  to decide Worrell’s retirement future.