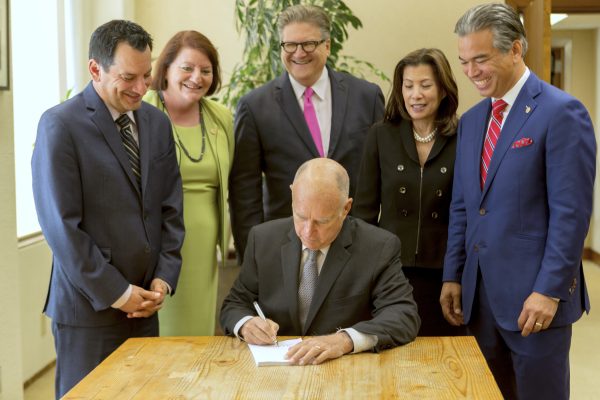 California Gov. Jerry Brown signed into law Tuesday a controversial bill that will eliminate the state’s existing money bail system and replace it with one in which defendants’ custody is determined based on assessments of their threat to public safety and likelihood to skip court.

When Senate Bill 10 takes effect on Oct. 1, 2019, defendants will no longer receive dollar bail amounts, and they will not have the opportunity to make a cash payment in order to be released. Rather, SB 10 will require court employees or contractors to carry out assessments of defendant’s risk to public safety and the likelihood they will miss a court date while awaiting trial.

Defendants deemed likely to appear and posing little risk to the public will be released. Those assessed to be high-risk defendants, such as individuals accused of violent crimes, will be held in jail.

Under the new bail system, each defendant will receive a categorization of being “low risk,” “medium risk” or “high risk.” Local courts will create their own rules for releasing defendants deemed to be medium risk.

Gov. Brown and legislative leaders are celebrating the new bail system as a measure that helps curtail inequality in society.

Initially, the American Civil Liberties Union sponsored the bill because it could end “predatory lending practices of the for-profit bail industry.” But after the bill was rewritten, the ACLU no longer supported the bill, saying it gave too much discretion to judges to keep people locked up awaiting trial.
Assemblyman Rob Bonta (D-Alameda), a co-author of SB 10, called the signing of the bill a step toward correcting a fundamental injustice.

“For too long, our system has allowed the wealthy to purchase their freedom regardless of their risk, while the poor who pose no danger languish in jail. No more. Freedom and liberty should never be pay to play,” Bonta said.

Critics have said the legislation will result in numerous offenders skipping court and law enforcement becoming overwhelmed in their efforts to track down the defendants who fail to appear. Likewise, critics have said SB 10 will add to the problems created by recent legislation and initiatives in California that have reduced penalties for crimes and made it easier to gain release from custody.

In San Luis Obispo County, District Attorney Dan Dow responded to the signing of SB 10 by stating on Twitter, “Here we go… it will be a very interesting public safety experiment.”

2 Comments about “California no cash bail system signed into law”