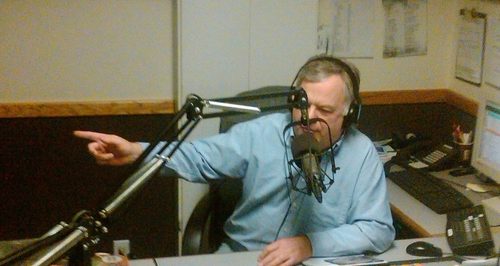 KVEC radio talk show host Dave Congalton has filed a lawsuit against the driver who crashed into him while he was walking in San Luis Obispo two months ago.

On June 30, Congalton was walking to the “Families Together March” when a vehicle crashed into him at the intersection of Marsh and Chorro streets, leaving him with serious leg and head injuries. Congalton underwent surgery to repair a busted kneecap and spent multiple weeks at a rehab center and in home health care.

Congalton, who said he has no memory of the collision, was off the air for nearly a month.

Congalton filed suit on Friday against Nicholas Franklin Silva. He is seeking more than $25,000 for damages, medical expenses and loss of wages.

For nearly three decades, Congalton has hosted “Hometown Radio with Dave Congalton” on 920 AM.