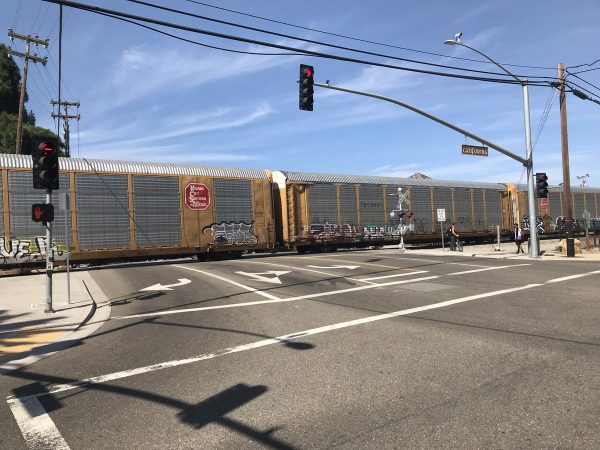 A man who was said to be lying on the railroad tracks was struck and possibly killed by a train in San Luis Obispo on Wednesday.

At about 10:25 a.m., a train struck a white man in his mid 30s under the Mill Street overpass, according to the San Luis Obispo Police Department. Emergency personnel arrived and found the man lying along the side of the railroad tracks, partially underneath the stopped train. Medical personnel pronounced the man dead at the scene.

It is unclear why the man was on the railroad tracks prior to the collision. Police have yet to determine whether the man was alive or dead when he was struck by the train.

The circumstances leading up to the collision remain unclear, but police say no foul play is suspected. Both San Luis Obispo police and the county coroner’s unit are investigating the man’s death.

Authorities have yet to release the man’s identity. Anyone who may have information about the case is asked to notify investigators.

As a result of the collision, the stopped train blocked the intersection of Foothill and California boulevards. The intersection reopened later in the day.