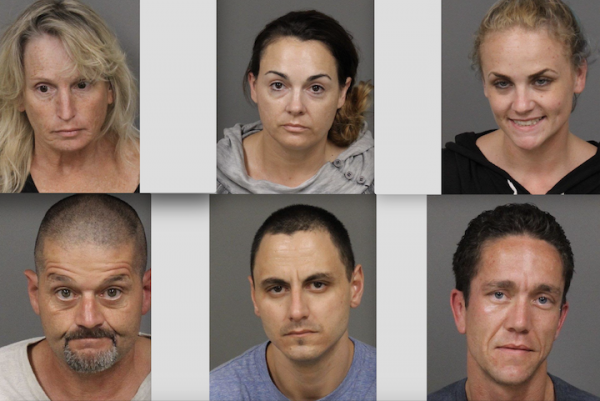 One Morro Bay resident is in jail on a charge of maintaining a drug house, while five other individuals located at the home on Tuesday are facing a host of drug charges.

At about 7 a.m., Morro Bay police, along with the San Luis Obispo County Narcotics Task Force and a sheriff’s K-9 unit, served a narcotic search warrant at a home located in the 900 block of Allesandro Avenue. Officers found heroin and methamphetamine, as well as drug paraphernalia, at the home, according to the Morro Bay Police Department.

For several months, Morro Bay officers had been investigating reported drug activity at the home, which was alleged to be a drug house. Inside the home, officers discovered several people who were under the influence and in possession of illegal narcotics.

Morro Bay police are continuing to investigate the case. Anyone with additional information is asked to call the police department at (805) 772-6225 ext. 427.