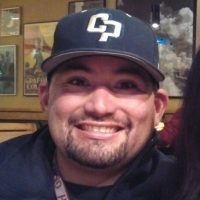 The Lucia Mar Unified School District cut ties in June with a former girls wrestling coach accused of sexual abuse and paid him $31,812 as part of a settlement agreement.

Justin Magdaleno, a former wrestling coach and teacher at Nipomo High School, was placed on administrative leave last fall when the Lucia Mar district launched an investigation into allegations of sexually inappropriate contact with some girls on the wrestling team. About 10 members of the girls wrestling team accused Magdaleno of making inappropriate comments about their bodies. Other students accused the coach of inappropriate touching.

Following a multi-month investigation of its own, the SLO County Sheriff’s Office recommended that county prosecutors charge Magdaleno with committing lewd acts with a minor under 14 years old and annoying or molesting a child under 18. But, the district attorney’s office declined to file charges, citing a lack of proof beyond a reasonable doubt that Magdaleno committed the alleged crimes.

Recently, renowned feminist lawyer Gloria Allred filed a lawsuit on behalf of a Nipomo High School student alleging Magdaleno sexually molested the girl during a wrestling camp and that the victim saw the coach carrying out the same abuse on other girls. Magdaleno grabbed the victim’s breasts and butt and used multiple fingers to touch her vaginal area and “digitally penetrate” her vagina, Allred’s lawsuit states.

Magdaleno, who founded the girls wrestling team at Nipomo High, resigned as its coach last year. When Magadleno was placed on administrative leave, he was teaching psychology and government at Nipomo High.

The former coach remained on administrative leave from his teaching position until June 30, when his resignation took effect.

Magdaleno’s resignation and settlement agreement with Lucia Mar states the former coach and teacher would receive a lump sum settlement of $31,812, which “represents wages paid to Magadaleno.” Under the agreement, Magdaleno can never again apply for employment or any other business relationship with the school district.

Neither side admitted to fault or wrongdoing, and Magdaleno and the school district agreed not to bring any future claims against one another.

In the civil case, Magdaleno, Nipomo High and Lucia Mar are each named in the lawsuit filed by Allred.