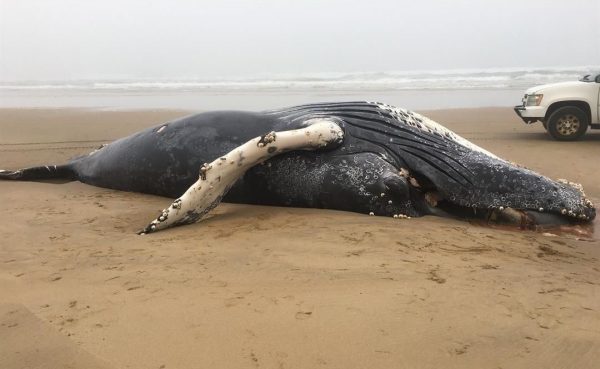 A dead humpback whale washed ashore on the beach at the Oceano Dunes Monday afternoon.

State parks officials say the humpback that washed ashore was a young whale. It is unclear what caused the whale’s death.

Workers buried the whale elsewhere on the beach in order to eliminate a potential hazard to people and vehicles in the area, as well as to keep birds of prey away. State parks personnel collected parts of the whale’s skin and sent them to the Channel Islands Cetacean Research Unit.