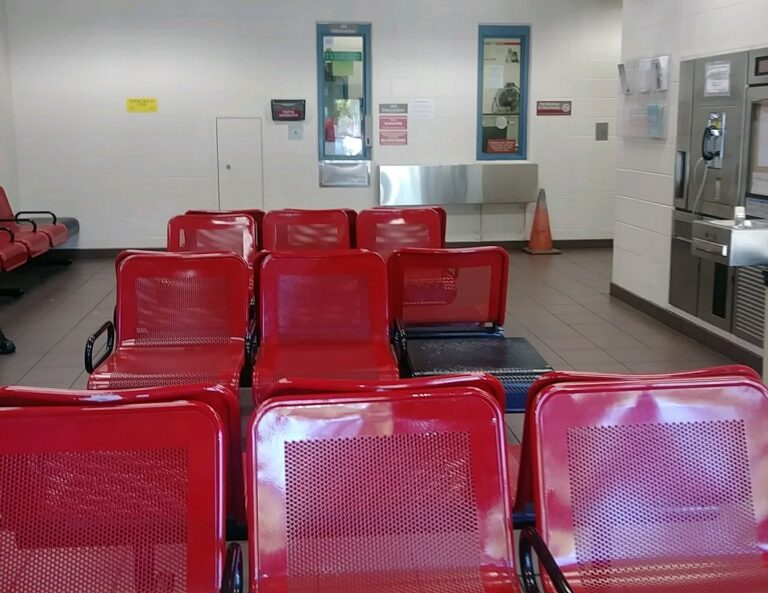 One sunny day in September, Jazmine Paredes arrived 46 minutes early to the San Luis Obispo County Jail for a scheduled visit with her husband, but was turned away because she wasn’t 45 minutes early even though the sheriff department’s website says visitors must arrive only 15 minutes in advance.

Last month, Jazmine Paredes’ husband was arrested on a probation violation and is sentenced to spend seven weeks in the county jail. About once a week, Jazmine attempts to take her two toddlers to visit their father. But she is often turned away.

“They have turned me away so many times,” Jazmine Paredes said. “I leave crying.”

For decades, the SLO County Sheriff’s Department posted visitation times online and at the jail, and permitted family members and friends to arrive 45 minutes early to request a visit. Generally, within a few minutes of the posted time, visitors were allowed to enter the visitation room where the inmates would be waiting. 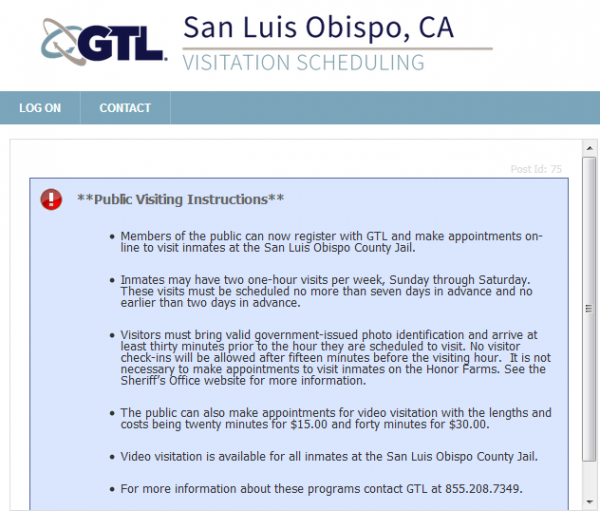 However, at the jail, staffers have posted a paper sign that demands visitors show up 45 minutes before their appointment time. Reporters watched as staffers chastised visitors for not abiding by the rules posted on the sign and refused to allow their scheduled visits regardless of how far the visitor had traveled. 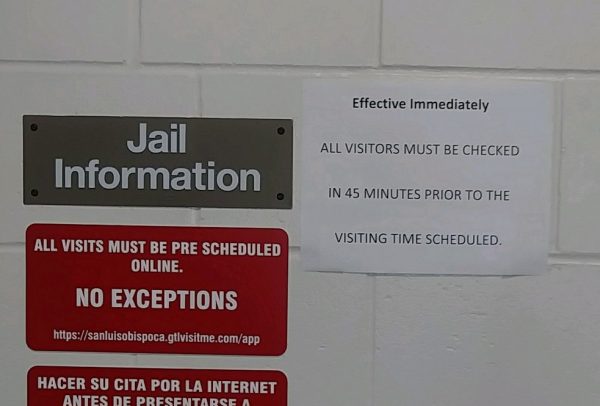 When questioned about the lack of consistent rules, sheriff’s department officials noted plans to change the wording on the website to match the sign in the jail lobby.

“Renovo online (visiting system) and SLO Sheriff’s Office says, you can check in no later than 30 minutes prior to the visiting time for which you have scheduled an appointment,” said Tony Cipolla, sheriff’s department spokesman. “It is recommended you arrive at least 45 minutes prior. The verbiage is being changed so it is clearer to the visitors that they must arrive 45 minutes early.”

“In the event an inmate is brought to the visiting area late, the correctional technicians allow the inmate to have their full time for the visit,” Cipolla said.

At multiple visits observed by reporters, only a few family members and friends of inmates attended the visitations. Before the new polices were implemented several years ago, the waiting room was often crowded with people waiting to visit a friend or family member.

In both Ventura and Kern counties, appointments are not needed and visitors are not required to arrive early.

In Monterey County, visitors are required to show up 30 minutes early for open visitations.

Santa Barbara County allows both visitation with and without an appointment, though visitors are required to arrive an hour early.

Multiple inmate advocates have argued against moving away from in-person visits because of the benefits in the visits have on increasing the percentage of inmates’ who successfully reenter society.

In June 2017, California lawmakers approved a budget plan that that does not permit county jails to restrict face-to-face family visits for inmates. The measure prohibits county jails that offered in-person visitation as of Jan. 1, 2017, from converting to video-only visitation. In addition, jails are not permitted to charge for the first hour of video visitation.