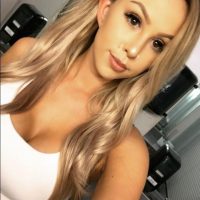 The CHP has identified the 27-year-old Porterville woman who died earlier this month in a three-vehicle collision on Highway 46 as Harley Nicole Lujan.

On Sept. 16, Lujan was riding on the back of a Harley Davidson motorcycle being driving by 30-year-old Porterville man Ryan Pavone on Highway 46 west of Highway 101.

Shortly before 6 p.m., the motorcycle drifted onto the shoulder and crashed into the back of a Nissan that was stopped on the side of the road, according to the CHP. The impact of the collision ejected Lujan.

Lujan died of her injuries, even though she was wearing a helmet.

Pavone suffered major injuries in the crash and was transported to Sierra Vista Regional Medical Center. Neither alcohol nor drugs were suspected to be factors in the crash.

Lujan leaves behind a son, according to her Facebook page.