Crediting the San Luis Obispo Police Department with having initiated the statewide investigation, the California Attorney General’s Office announced Thursday that it has charged 17 individuals over a robbery scheme targeting Apple retail stores that resulted in the loss of more than $1 million worth of merchandise.

In a span of less than a month during May and June, burglars stole expensive electronics from the Apple Store in downtown San Luis Obispo on three separate occasions. During the first incident, an alleged serial iPhone thief got away initially, but was later caught and arrested.

On the second occasion, three suspects — who appeared to be a woman, a girl and a boy — stole two black iPhones and got away. In the third incident, another set of three suspects — this time men wearing hooded sweatshirts — successfully fled after stealing display model computers and phones. It is unclear if the suspects in the SLO Apple Store robberies have been charged in the statewide case. 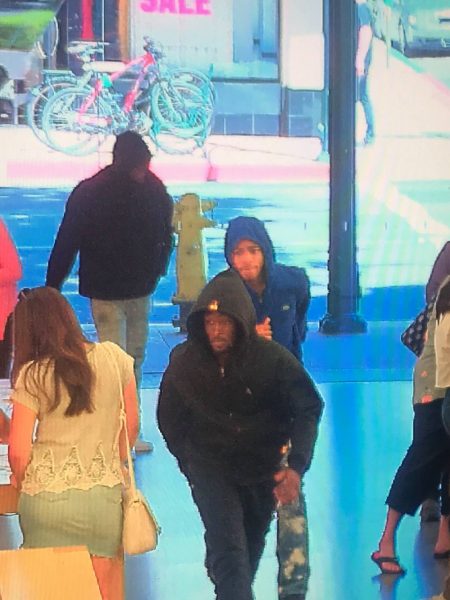 Following the series of local thefts, SLO officers initiated what became a statewide investigation into Apple Store robberies. The investigation also included the Oakland Police Department, as well as the California Department of Justice Crime Unit.

The Apple Store robberies spanned 19 counties. The defendants would enter Apple stores in large groups wearing hoodies and snatch products on display in a matter of seconds, according to a press release.

“Organized thefts costs California business owners millions and expose them to copycat criminals. Ultimately, consumers pay the cost of this merchandise hijacking,” Becerra said. “We will continue our work with local law enforcement authorities to extinguish this mob mentality and prosecute these criminals to hold them accountable.”

On Tuesday, seven of the suspects in the case were arrested and booked into the Alameda County Jail. Another suspect is currently being held in Sonoma County.

Authorities have obtained arrest warrants for the other nine suspects. Meanwhile, the investigation into the case is ongoing.

Becerra has charged the suspects with conspiracy to commit grand theft in Fresno, Santa Clara and Alameda counties.