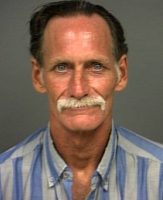 A man who attempted to mail methamphetamine from Atascadero to Alabama received a felony conviction Thursday following a trial in San Luis Obispo Superior Court.

On Sept. 11, 2017, John Henry Robinson tried to ship a parcel containing about one ounce of methamphetamine from Atascadero to Huntsville, Alabama using UPS, according to the San Luis Obispo County District Attorney’s Office. An employee reported the suspicious package to law enforcement. Investigators then obtained a search warrant and ultimately found the methamphetamine.

Robinson’s jury found him guilty of furnishing methamphetamine. It is unclear how stiff of a sentence he faces.

Following the verdict, SLO County District Attorney Dan Dow released a statement saying methamphetamine is having a devastating impact on the local community.

“People who sell hard drugs like methamphetamine and heroin in our community create a devastating risk to the health and life of everyone who is exposed,” Dow said. “Far too often, these drugs end up in the hands of our youth and leads to tragic death.”