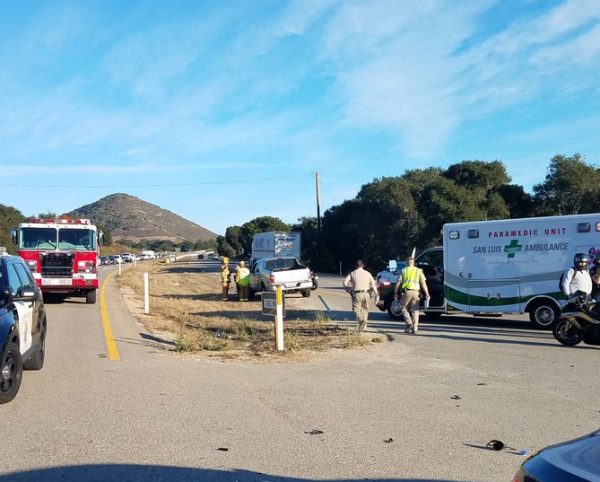 Authorities have identified the motorcyclist killed in a crash on Highway 101 in Arroyo Grande on Sunday evening as 18-year-old Cal Poly student Jordan Grant.

Shortly before 5 p.m. on Sunday, Grant’s motorcycle collided with a car on southbound Highway 101 near El Campo Road in Arroyo Grande. The driver of the car reportedly made an unsafe turn in front of Grant’s motorcycle.

Additionally, the university is offering counseling services to all students.

Sunday’s fatal crash was the first of two deadly motorcycle collisions on Highway 101 near El Campo Road in a span of less than two days. On Tuesday morning, 49-year-old Johnny Dale Trujillo, of Los Osos, died in a multi-vehicle collision that involved a deer and occurred in the same area.