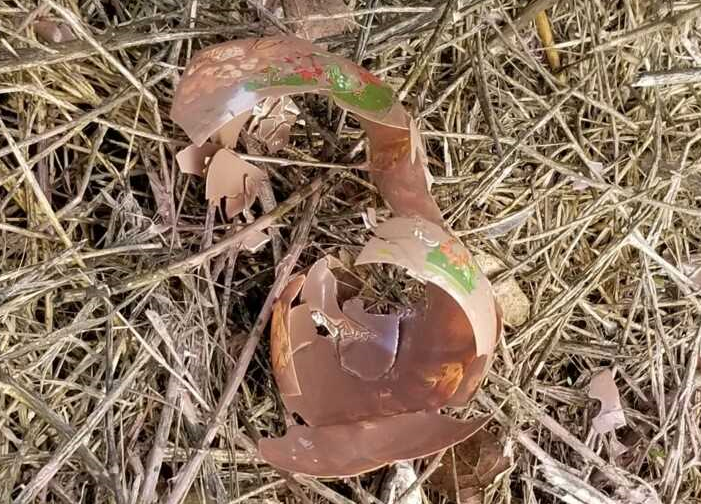 As a new police officer was sworn in at Arroyo Grande City Hall Tuesday night, with most of the police department in attendance, a vandal drove around town throwing glass Christmas tree ornaments filled with brown oil base paint at Jim Hill for mayor signs.

The vandal caused more than $1,800 in damage to property in Arroyo Grande.

In addition to damaging a dozen Jim Hill for mayor signs, the vandal damaged a commercial sign, a fence, a retaining wall and multiple driveways.

Detectives are conducting interviews, and reviewing surveillance video from public cameras and privately owned surveillance equipment. Officers have identified a suspect, and if the evidence pans out, plan to make an arrest.

“We have identified a suspect,” said Arroyo Grande police Sgt. Shawn Cosgrove. “If we can prove the charges, and it meets the threshold of damage to the signs or collateral from the paint spatter, we will file felony charges.”

If detectives determine the amount of damage is $400 or higher, it becomes felony vandalism.

“I am glad to hear the police have a suspect and they are pursuing it,” Mayor Hill said. 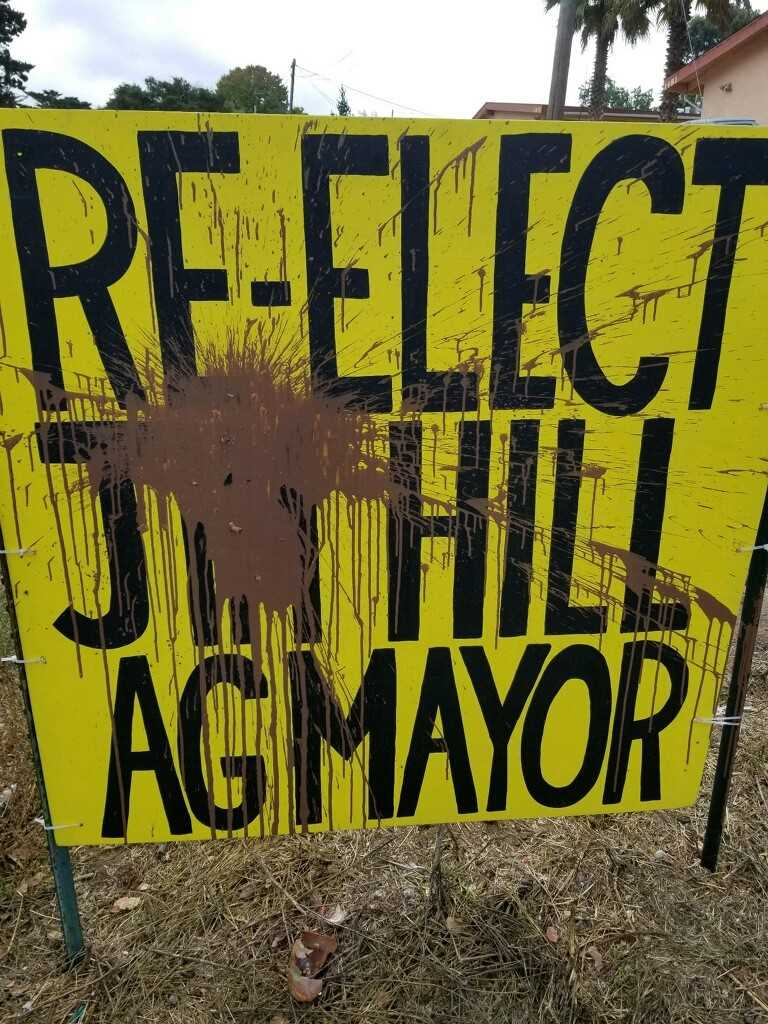