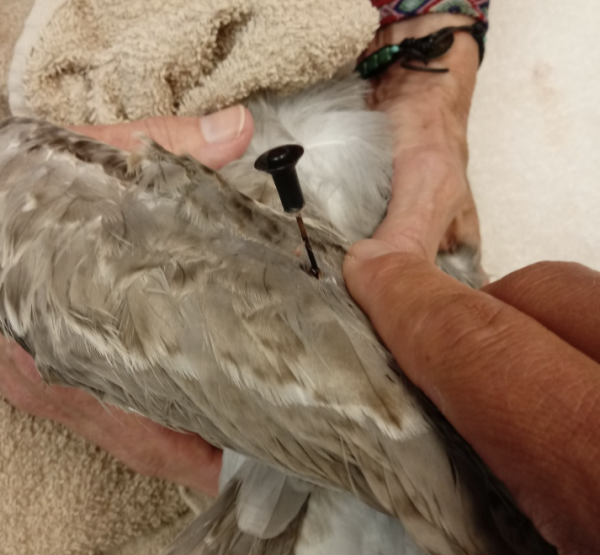 State investigators are looking for the person who illegally shot and wounded several California Gulls with metal darts over the last month at the Oceano Dunes, according to Pacific Wildlife Care.

California Gulls are native to western North America and are protected by both state and federal law. Between Sept. 11 and Oct. 10, Pacific Wildlife Care received and treated several California Gulls that had been shot with sharp metal darts at the Oceano Dunes. Pacific Wildlife Care is the only wildlife rehabilitation program licensed to rehab birds, mammals and reptiles in San Luis Obispo County.

The darts removed from the birds are about 4.5 inches in length and have a round, colored plastic vane. The darts may be blowgun darts used for target practice, employees of Pacific Wildlife Care said.

“So far, the injured birds received have been lucky in that the injuries they have sustained have not been life-threatening,” said Pacific Wildlife Care veterinarian Dr. Shannon Riggs. “However, if any of these darts had been just a few millimeters in a different direction, the injuries could have been much more serious and could have resulted in a bird that would not be treatable.”

Rehabilitation staff says the birds that have received treatment at Pacific Wildlife Care have responded well. One of them recovered fully and has already been released.

The California Department of Fish and Wildlife is seeking any information that may lead to whoever is responsible for the crime. Anyone with information about the illegal darting of birds is asked to call Fish and Wildlife’s confidential witness program at 1-888-334-CalTIP. 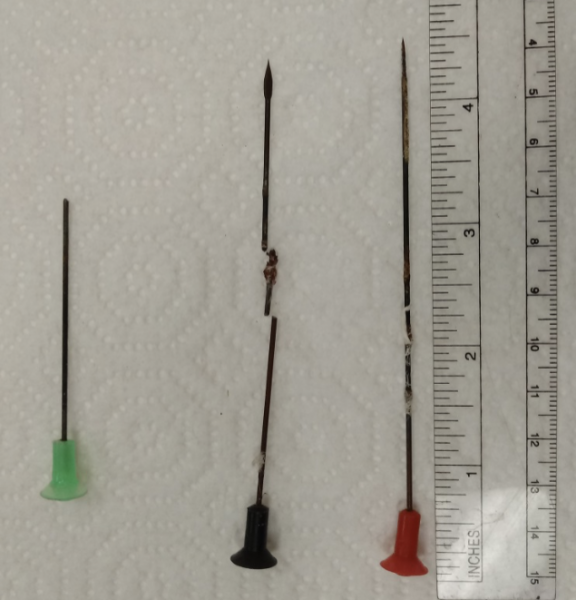