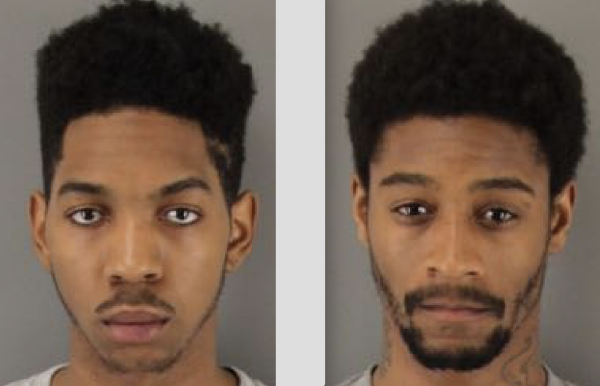 A pair of former Hancock College basketball players received sentences Monday of life in prison without the possibility for parole for a late 2014 botched robbery of a drug dealer that ended in a murder.

On Dec. 30, 2014, Ali Mohammed, 22, and Lavell White, 25, attempted to rob a marijuana dealer in Santa Maria. Mohammed entered the pot dealer’s car armed with a firearm, while White stood guard outside.

During the attempted robbery, Mohammed fired the gun, killing the passenger in the vehicle, 23-year-old Terence Richardson. At the time, White was a sophomore guard and the leading scorer for the Hancock College basketball team.

During the murder trial, witnesses testified that the killing occurred while Mohammed and White were in the middle of a crime spree that included burglarizing homes and robbing another drug dealer. The defendants were allegedly searching for more drug dealers to rob, and White was alleged to have said the local dealers were softer targets than those in his hometown of Gary, Indiana.

The defense argued the killing was accidental.

Following the trial, jurors convicted Mohammed and White of first-degree murder. But, the jury did not convict Mohammed of intentionally discharging the firearm. Likewise, the jury failed to reach a verdict on burglary and robbery charges

Prosecutors opted not to seek the death penalty, though they could have. The defense motioned to have the first-degree murder sentence reduced, but a Santa Maria Superior Court Judge denied the request and sentenced both defendants to life without parole.

According to California’s felony murder rule, a homicide carried out during the commission of a robbery constitutes first-degree murder and comes with a sentence of at least life in prison without the possibility of parole.

However, a bill recently signed into law by Gov. Jerry Brown provides a means for reducing the punishment for accomplices to felony murders. White’s lawyer will likely appeal his client’s sentence under the new law.