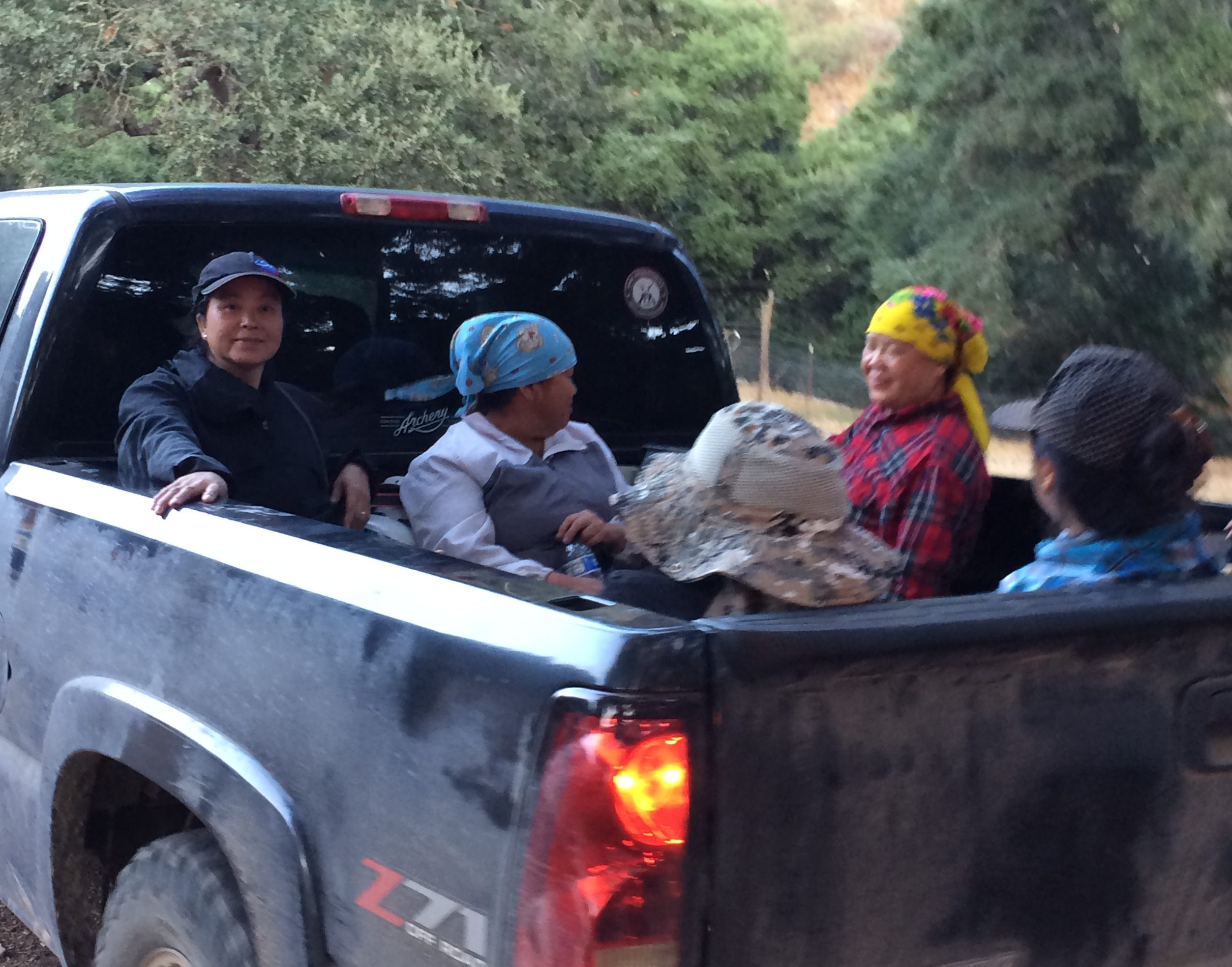 Editors Note: Since the legalization of marijuana, allegations of bribery, human trafficking, black market sales and money laundering have surfaced. The issues involved are complex and the profits are huge. Several public officials are accused of accepting bribes and entering into close relationships with several marijuana business owners. A series of stories over the next week will examine the allegations and provide information that explains what has happened in the Central Coast.

Dozens of immigrant women brought in to provide cheap labor for marijuana crops at Central Coast marijuana farms often are forced to remain at the sites until the harvest is done, becoming captives to the multi-million dollar industry of marijuana mogul Helios Dayspring, former associates and ex-employees say.

About 60 undocumented immigrant women originally from Vietnam and Laos were trafficked from the Central Valley to work on Dayspring’s marijuana farms in San Luis Obispo and Santa Barbara counties, said former employees.

While at the grow sites, most of the women are not permitted to leave the property until the harvest is finished, sources said. And safety may be an issue.

Occasionally, several select workers are permitted to leave the sites to get supplies.

A fatal accident in August left a 16-year-old girl dead and a 20-year-old woman seriously injured. One of Dayspring’s partners on a Tepusquet Canyon Road grow, Knut Siegfried, said the women were children of a worker at the grow. However, both victims reportedly were part of a work crew at the Tepusquet Canyon marijuana farm owned by several business partners, including Dayspring and Siegfried.

On a dirt road crossing the marijuana grow property, the 20-year-old lost control of the 2019 Kia Sportage she was driving, according to a CHP press release. The car rolled over, ejecting the 16-year-old from the vehicle.

A worker at the grow, Antonio Perez-Cortes, put the victims in a car and was driving them to a hospital when he spotted an ambulance. Perez-Cortes flagged down the ambulance crew who transported the women to Marian Regional Medical Center where the teen died of her injuries.

During an interview with CHP officers, Perez-Cortes said the women were his “step-children,” and were on their way to pick him up from the Tepusquet Canyon marijuana farm, according to the CHP.

Former affiliates of Dayspring said the two victims were part of a work crew run by a woman they know as “Mai.” 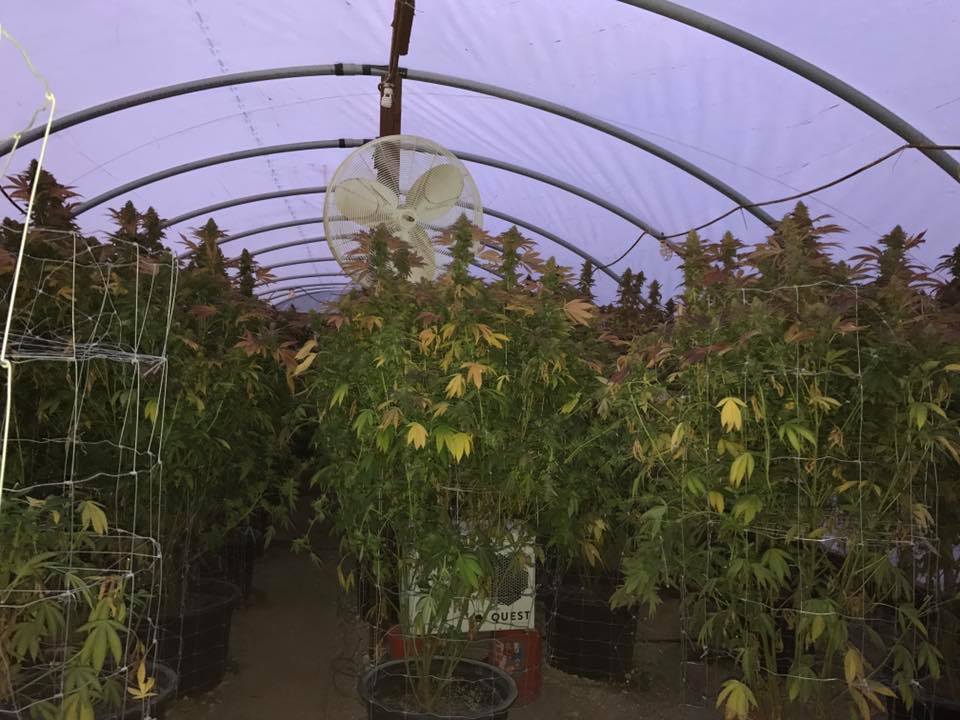 A House of Holistic grow from inside a hoop-house

“Mai’s” crews trim the cannabis buds during the harvest, cutting away the leaves around the marijuana buds. The buds contain the THC, the principle proactive ingredient in the plants.

While local trimmers generally charge $125 to $150 for each pound that they manicure, “Mai” charged only $75 a pound. It is not known how much of the money she pays to the women she brings from the Central Valley, said Tony Brocking, a former supervisor of several of Dayspring’s grows.

Brocking and several other former employees of Dayspring’s marijuana businesses said that after arriving at the sites, the women are typically not permitted to leave during the trim. At some of the grows, the gates are locked. At other sites, the women, many of whom do not speak English, are transported to remote rural locations.

Forced to work from 5 a.m. to after midnight, the women often sleep in tents and wash themselves with hoses, as there are no facilities at some of the grows. Of the more than two dozen grows Dayspring is involved in, some have homes or sheds while others have no structures, toilets or showers.

The harvest generally lasts two to four weeks, after which the women are transported, often in the beds of pickup trucks, to another of Dayspring’s grows.

Several weeks before the fatal crash, CHP investigator Xavier Stencer went to the 1556 Tepusquet Road site to follow-up on a tip and discovered what he called “deplorable living conditions.”

The investigation into the accident was closed after the driver of the car and her alleged family members refused to talk to CHP officers, Stencer said. 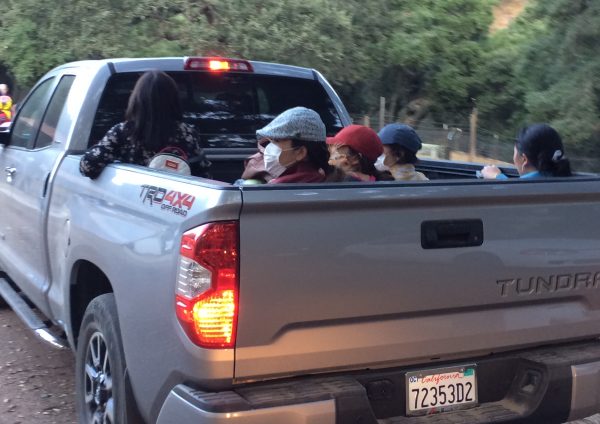 A second group of immigrant women on route to a grow in Tepusquet Canyon in Northern Santa Barbara County.

A former supervisor at a South San Luis Obispo County grow, who asked not to be named because of fear of retaliation, said several of the girls told him they were being mistreated.

“Dayspring thought a worker was stealing and unloaded a weapon (shot at her) as she ran up a hill,” the former supervisor said. “They are not allowed to leave. There is no food out there. One of the workers brings in food when it is convenient. One girl threatened to call the cops.”

At the end of one harvest, Dayspring refused to pay the workers claiming one of the women had run off with the trimming monies, the former grow supervisor said.

A few months ago, Brocking filed a lawsuit against one of Dayspring’s marijuana companies and several affiliated cannabis growers for allegedly failing to pay him for his work. According to the suit, Dayspring also violated labor laws by not providing pay stubs, not paying overtime, and for not providing lunch breaks or suitable work conditions at the grow sites.

While managing the grow, Dayspring and his partners Knut and Michael Siegfried, required Brocking to stay on the property. The farmhouse on the property did not have hot water, a sink, a stove or a shower, in violation of labor laws, according to the suit.

Even if potential workers agree to work at a job, “that consent is rendered meaningless by the actions of the traffickers to exploit them for labor,” according to the U.S. Department of Health and Human Services.

Several Tepusquet Canyon residents said they shared their concerns over the living conditions at Dayspring’s grow with Santa Barbara County officials including providing photos of women transported in the beds of pickup trucks. Even so, the sheriff’s department is not looking into allegations of human trafficking at the Tepusquet Canyon grow where the teen lost her life, said Kelly Hoover, the sheriff’s public information officer.

At a marijuana farm in the Salinas area unrelated to Dayspring, Monterey County officials conducting a routine inspection in June and discovered 10 Hmong men and women, originally from in and around Laos, living in shipping containers. Inspectors concerned with the poor living conditions contacted sheriff investigators who determined it was a case of human trafficking. 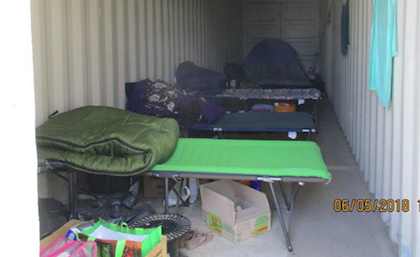 Living quarters at the grow near Salinas