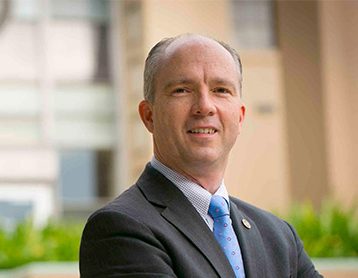 Threatened with bad publicity just days before Election Day, San Luis Obispo County District Attorney Dan Dow politically commandeered a sexual assault case and became a soldier of the Me Too movement, a defense attorney alleged in a court motion this week.

According to a motion filed by attorney Ilan Funke-Bilu, Dow caved to political pressure placed on him by an alleged victim’s lawyer during the height of Dow’s recent reelection campaign. That explains the odd move Dow made in June of appearing in a San Luis Obispo courtroom to personally try a 72-year-old Cambria man for an alleged sexual assault, Funke-Bilu alleges.

Herbert Connor is charged with sexual battery, inflicting corporal injury and assault with intent to commit rape over an incident in which he allegedly forced himself on a 67-year-old woman, groped her and caused her to fall into a door jamb while she tried to escape. Connor and the woman previously had a sexual relationship, though there are conflicting accounts as to the nature of their encounters.

Though prosecutors had previously planned to drop the charges against Connor, in June, shortly following Dow’s reelection, he appeared in court to try a case for the first time during his tenure as district attorney. Sitting district attorneys very rarely personally try cases in San Luis Obispo County.

On Monday, Funke-Bilu filed a motion to disqualify Dow as the prosecuting attorney in the case. Funke-Bilu’s motion alleges Dow, as well as the SLO County District Attorney’s Office, should be disqualified from prosecuting the case because of a conflict of interest.

Attached to the motion are letters sent to Dow by the alleged victim’s attorney expressing dissatisfaction with a decision made by the district attorney’s office to drop the charges against Connor because of doubts about the merits of the case. In a letter dated May 25, the alleged victim’s attorney Daniel O’Neill requested a meeting with Dow and stated, if the district attorney did not agree to the request, his client would announce publicly the DA’s decision not to prosecute the defendant.

“If we are unable to meet before early next week, my client has informed me she intends to publicize the decision not to prosecute Mr. Connor,” O’Neill stated in the letter to Dow.

Dow met with the alleged victim’s lawyers on June 1, four days before Election Day, according to emails between the district attorney and Funke-Bilu.

In Funke-Bilu’s motion to have Dow and the district attorney’s office removed from the case, the defense attorney alleges, following the meeting with the alleged victim’s lawyers, the DA decided to “vigorously prosecute a weak case.” Prosecutors changed course from offering to dismiss the case to offering Connor a plea deal that would have resulted in to two years in state prison and lifetime registration, Funke-Bilu said in the motion.

“The District Attorney’s objective was to eliminate adverse publicity and demonstrate that he was a soldier of #MeToo. Such politicization has no room in our courts, not even in a political campaign,” Funke-Bilu wrote.

In September, Dow penned an opinion piece he sent to local media noting the importance of believing those who report they have been sexually assaulted.

“I stand up for survivors of abuse and sexual assault because I know that sexual assault and childhood sexual abuse is extremely underreported and every single person, regardless of age, gender, or socio-economic status, deserves to be supported and treated with dignity and respect,’ Dow wrote. “We must come together as Americans and commit to stopping sexual violence wherever it occurs.

“This is not a partisan political issue. It is a culture issue. To change our culture, let’s ‘Start by Believing.’ ”

Many readers responded by questioning Dow’s understanding of innocent until proven guilty.

“Dan should stay out of politics and just do his job of prosecuting all of the criminals in this county,” Rukidding wrote. “Everyone, yes everyone should be considered innocent until proven guilty.”