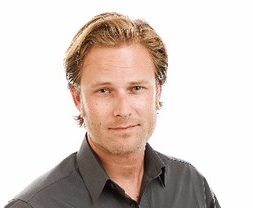 We haven’t yet chatted, but I thought you should know that you have been buffaloed… misled… fooled… or just plain lied to by your subordinates.

Allow me to elaborate.

Your commentary, reprinted in Sunday’s The Tribune, was headlined “This isn’t fake news, it’s local news, and it matters.” In it, you extolled the virtues and importance of local reporting, and you found a great way to begin, discussing as you did “the search for truth.”

Such breathtaking irony prompts me to offer my admittedly-unsolicited assistance in that search.

You cited as an example of quality reporting the revelation of details in the outrageous jailhouse death of Andrew Holland. The 36-year-old Holland, who suffered bouts of severe schizophrenia, died Jan. 22, 2017, after being strapped naked in a disciplinary chair in County Jail for two straight days.

The sheriff’s shill, former local television personality Tony Cipolla, suggested that Holland had been hitting his head against a wall. That was the original fabrication, something to be expected of these particular government officials.

The Tribune bought into the narrative, parroting the press release.

But by that time a painstaking job of reporting was already under way, an investigation that would eventually lead to the truth. But that reporting was not being done by Matt Fountain, or by any other reporter for The Tribune. 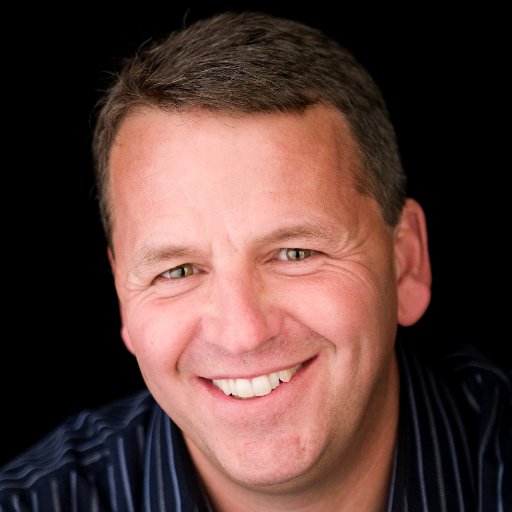 It was being done by Karen Velie of CalCoastNews. And her reporting had been rolled out for more than three months before the county coroner’s official finding confirmed what Velie had reported, that Holland had died after being strapped in a restraint chair. Enter Fountain and The Tribune, finally finding voice after their hesitant journey toward the truth.

Craig, your commentary contained several excerpts that are simply B.S. But I certainly don’t blame you for this.

For example, you wrote: “A team at The Tribune, another McClatchy newsroom, led by Fountain, discovered something else” (i.e., the actual facts of the Holland death).

This statement might lead a reader to the conclusion that Fountain’s was some kind of off-the-charts enterprise reporting. Of course, Fountain knows better. As does Joe Tarica, The Tribune’s fledgling editor.

Let’s go back in time a bit.

In August of 2016, Velie began chasing Jeff Hamm, San Luis Obispo County’s now-retired health director, for answers about the apparent criminal treatment of mentally disturbed inmates at County Jail, including questions about the use of restraints and long-term stays in the rubber room. (Ask and I’ll provide the email string for your perusal.)

Note the date of that work’s origin, which led Velie to development of confidential sources personally knowledgeable about conditions at the jail. So when Holland was killed, and Cipolla commenced his misinformation campaign, Velie’s sources almost immediately provided access to the real story.

It was Velie who informed Holland’s parents about the harsh truth of their son’s death, that he sat trussed in a chair for 46 hours while a fatal embolism was forming in his bloodstream.

Here’s part of an ongoing series of articles by Velie published on CalCoastNews that started within days following Holland’s death:

It wasn’t until a government document confirmed that Holland had been held in a restraint chair that The Tribune first reported, on April, 11, 2017, that Holland died after being restrained.

In July 2017, the San Luis Obispo County Board of Supervisors agreed to make multiple changes at the jail and to pay Holland’s family a $5 million settlement.

Early in 2018, a local political consultant and contributor to The Tribune’s editorial pages, Tom Fulks, posted on social media asserting that Fountain uncovered the truth of Holland’s death. That prevarication was followed in September 2018 by another whopper spewed by erstwhile Tribune reporter Bob Cuddy in the weekly New Times: “The Tribune’s Matt Fountain blew open the deaths-in-county-jail story with his award-winning reporting.”

And therein lies the lure behind these lies: Awards.

Craig, please note that it wasn’t until March 2018, a full year after the FBI had launched its investigation based on Velie’s reporting, that Fountain was handed a video of Holland’s death.

The Tribune then swung into action with its braying and continuing deception.

The New York Times subsequently cited The Tribune and Fountain for this “reporting” and provided a link to the March 16, 2018 article in The Tribune… only illustrating Fountain’s late arrival to a realization of the facts.

Congratulations, Matt. You must be very proud.

I mentioned editor Tarica earlier. Could this kind of misrepresentation really be missed by the newspaper’s editorial leaders?

Craig, I referred to another B.S. statement in your commentary regarding Fountain and his intrepid team of gumshoe scribes: “Their reporting — and only their reporting — led to the county changing the way it treats the mentally ill.”

That’s the language one might see in an application for an award, like from the California Newspaper Publishers Association? Or even the Pulitzer Prize?

Not incidentally, those bureaucratic changes in jail policy, some of which had been implemented even before Holland’s death, were a result of Velie’s reporting and a lawsuit settled in July 2017.

Please don’t take this as a veiled threat, sir, just a comment: Seeking more adulation for this “reporting” will unleash upon The Tribune an embarrassing reaction from San Luis Obispo County residents. That’s just a fact.

One of my old editors at the now-defunct Sacramento Union told me once that internecine fighting between media entities was something that readers didn’t give a damn about, and in my experience that seems to be true. But pointing out a flagrant error by a major media chain doesn’t seem like a fight, just another step in that elusive “search for truth.”

In closing, I suppose some of your subordinates might, in their defense, smugly refer you to an outlandish 2017 lawsuit involving this news site, so I simply refer you to the factual documents attached below (still unreported by The Tribune).

Thank you, Craig, for taking the time to read this.

Dan Blackburn is co-founder of CalCoastNews and can be vilified at blackburn.danielj@gmail.com

Tenborg Perjury by on Scribd

Tenborg Prelim Report by on Scribd

Tenborg Perjury by on Scribd