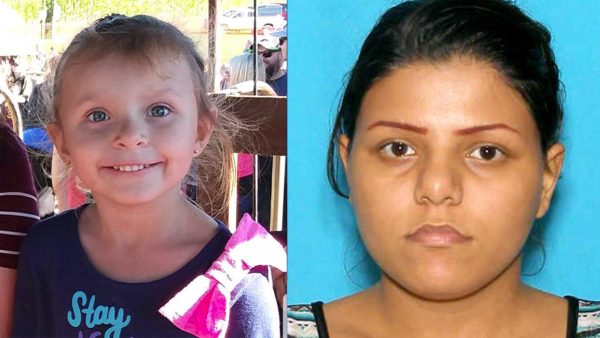 Authorities issued an Amber Alert across the Central Coast for a 4-year-old girl who was allegedly kidnapped by her mother in Vancouver, Washington. Esmeralda Lynn Lopez, 21, allegedly abducted her 4-year-old daughter during a supervised visit at a mall on Oct. 25.

The alert describes the child as Hispanic with blonde hair and blue eyes. Officials describe the mother as a 5-foot tall Hispanic woman weighing about 140 pounds with black hair and brown eyes. She was last seen driving a 2005 Chevy Cobalt with Washington license plate number BLK 1552.

Last year, authorities removed the child from her mother and placed her in foster care. During a movie at the mall on Thursday, Lopez left to take her daughter to the restroom. They did not return.

Officials believe Lopez may be fleeing to Mexico with her daughter. It is unknown why the child was taken from her mother.