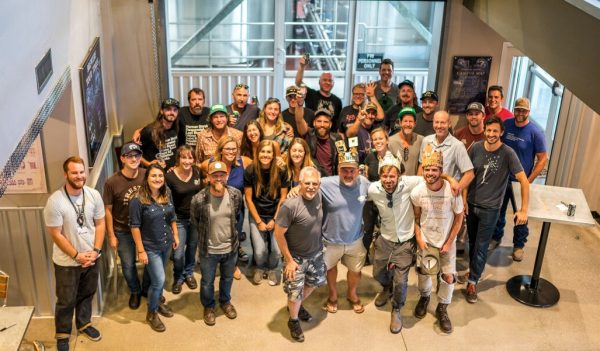 A late grape harvest in the Paso Robles wine country this year paved the way for a boisterous group of winemakers to help blend “XXII”—Firestone Walker’s latest barrel-aged anniversary ale.

“Usually by late summer the stress of the impending harvest starts bearing down on our winemaker friends, and some of them can’t make it to our blending session,” Brewmaster Matt Brynildson said. “Not this year—and the result was one heck of a blend created by one of our largest groups ever.”

The Anniversary Ale blending session has become an annual late-summer rite at the brewery, and the 2018 session took place on September 4 with 30 participants in attendance. The outcome is XXII, signifying the Firestone Walker’s 22nd year on the Central Coast.

“Winemakers are practicing experts in the art of blending, which is why we have sought their involvement ever since making our first Anniversary Ale in 2006,” Brynildson said. 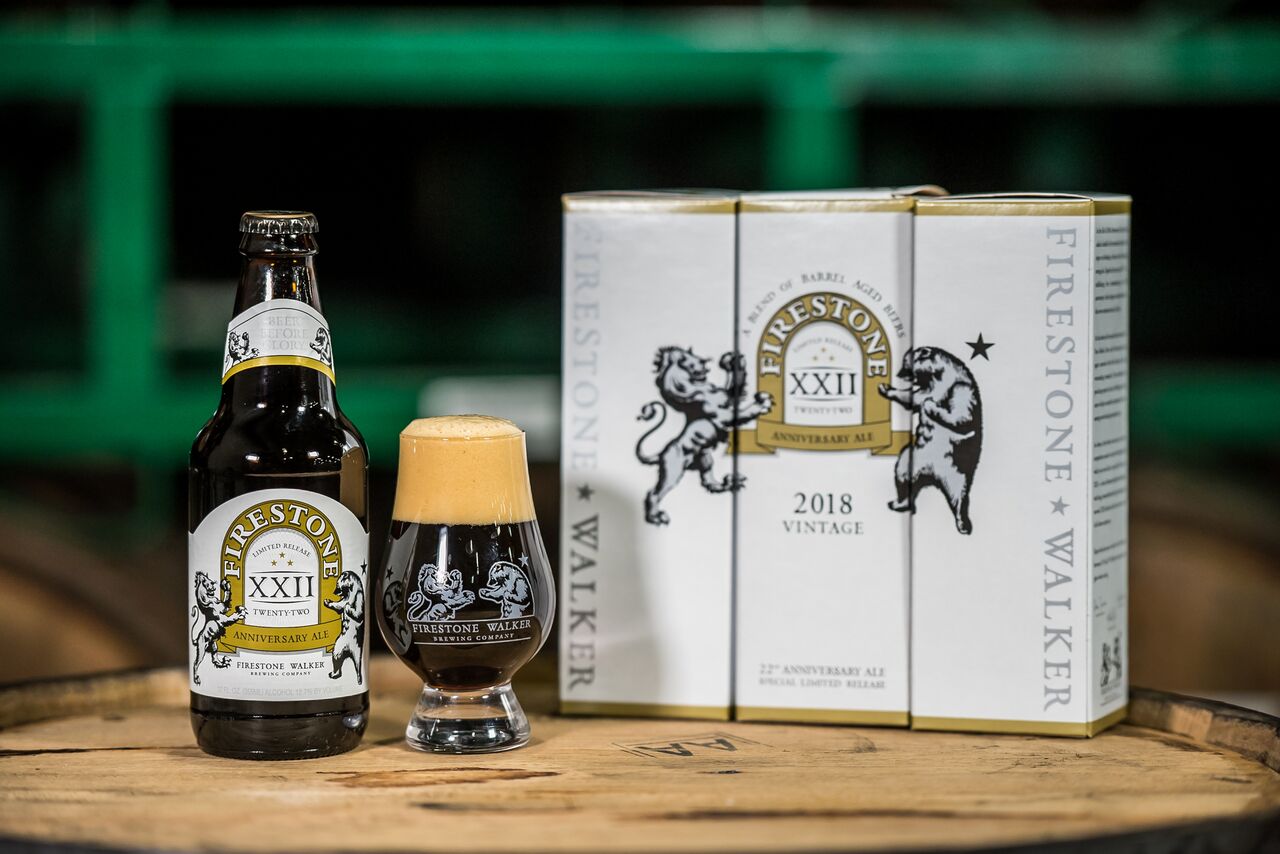 XXII will debut this weekend at Firestone Walker’s annual anniversary party at the brewery in Paso Robles. It will also be available in single boxed 12-ounce bottles at all Firestone Walker locations starting on Saturday afternoon and will begin rolling out to select accounts starting next week.

Tickets to the anniversary party cost $90 or $172 and include six bottles of XXII ($90 option) or 12 bottles of XXII ($172 option), as well as a souvenir tasting glass, live music by Bear Market Riot, light bites and tastings of some of Firestone Walker’s rarest beers. Purchase tickets here.

The primary twist this year is the inclusion of Helldorado aged in rum barrels and gin barrels.

“Even though it’s a small percentage of the final blend, the gin barrel Helldorado adds a lot to this beer,” Brynildson said. “It brings this interesting botanical quality with spicy notes that we’ve never had in our anniversary blends before.”

A unique synergy also emerged in the final blend of XXII.

“There’s this distinct marzipan-meets-cherry note that comes from just the right amount of Parabola blended with Stickee Monkee and Bravo,” Brynildson said. “We saw that in ‘10,” our very first Anniversary Ale. That’s the magic of blending—drawing out these flavors that have nothing to do with any individual component.”

To create this beer, the winemakers were divided into teams. Each team created their own preferred blend from numerous components, and then all of the blends were blind tasted by the group to determine the favorite—which became the basis for XXII.

This year, the winning team was helmed by Terry Hoage and Phil Lamontagne of TH Estate Wines; Sherman Thacher and Daniel Callan of Thacher Winery; and longtime brewery friend and master bread baker Arie Litman. This team walked away with the coveted “cardboard crowns” that are passed along each year. 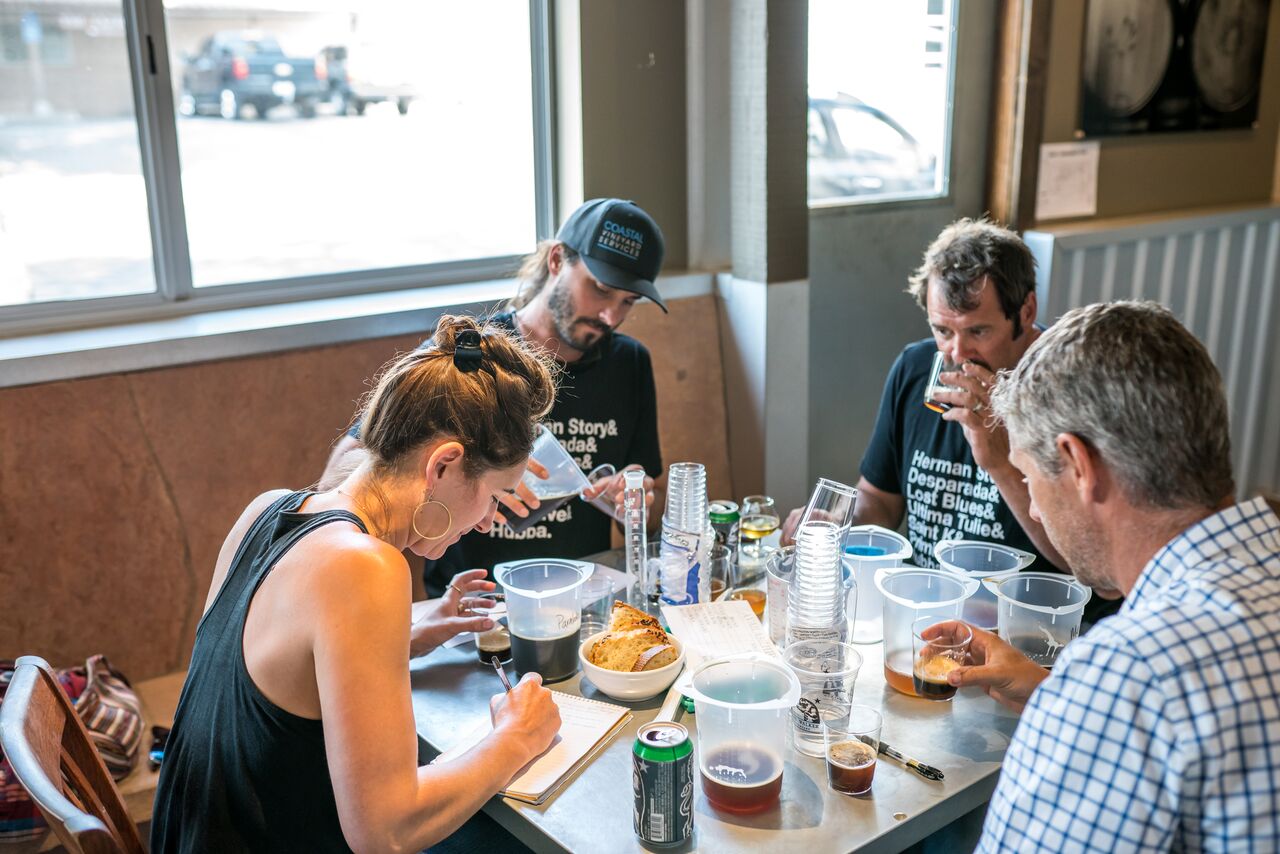 “This beer is all about the barrels,” Brynildson said. “Bourbon, rum and gin barrels combine forces to create incredible complexity. The stout percentage is restrained, allowing the wood to speak and be heard.

“I especially like the way the Gin barrels bring new spice notes that we have not seen before in an Anniversary blend. I will let you discover the rest. This beer is unfiltered and unfined, so there will be a small amount of sediment in the bottom of the bottle. XXII is best poured carefully into a half-filled brandy snifter or wine glass. Allow it to warm to 55F to fully enjoy the pleasing and complex aromas.

“The true complexity of this blend is revealed as the beer sits and breathes in the glass, so take your time. If you wait to open your bottle later, store it in a cool dark place. Like our other Anniversary offerings, this beer will age well and change favorably for years to come. It was an absolute pleasure in the making. The journey continues.”