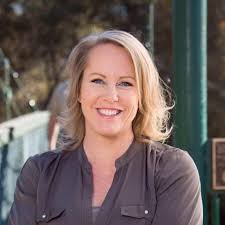 During a recent interview on the Dave Congalton Show, Arroyo Grande mayoral candidate Caren Ray misrepresented the facts in multiple instances. Several citizens have dispelled Ray’s assertions through their opinion pieces, here’s another:

One of Ray’s fibs surrounds the letter the Mayor Jim Hill wrote asking the Federal Trade Commission to consider Spencer’s Fresh Market for the vacated Albertsons/Haggen space; now occupied by Food4Less. At the time there was no tenant, the city was losing much needed sales tax revenue every month. Spencer’s was the bidder of record at Haggen’s bankruptcy proceedings, had it been another grocer the letter would have been about it. This, in no way was a favor to the Spencer’s; it was a sincere effort to help the city.

Ray told Congalton the mayor, “misused the city stationary and the title.”

Fact: Mayor Hill did not use city stationary, the letter was written on plain white paper.

Fact: Jim Hill is the mayor of Arroyo Grande.

To have written a letter without disclosing the fact he was mayor would have been less than transparent and completely out of character for Jim Hill.

Last year’s investigation into the mayor that was brought about by allegations made by Arroyo Grande resident Patty Welsh addresses the FTC letter. The investigator interviewed Beatrice Spencer and acknowledged the Spencer’s were unaware of the letter.

One of Ray’s first actions when she regained a seat on the council, attempting to capitalize on Welsh’s nonsense, set that investigation into motion from “evidence” that was submitted by Welsh and others. Nearly $100,000 later and over 37 hundred pages of documents, most of which were wholly irrelevant and omitted from the investigations exhibits, the City and Sanitation District ratepayers paid dearly.

Regardless of relevance, the attorneys at Liebert Cassidy Whitmore, the city attorney and sanitation district attorney’s all got paid to read through it — resulting in only fifty pages used in the report. Furthermore, LCW charged $350 per hour to redact the thousands of pages to make them accessible to the public.

It appears Ray would rather dog the mayor’s record and tell lies about him than face the fact that her opponent is a man of integrity who works tirelessly for the city he serves.