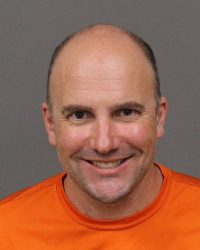 An Atascadero man who posted death threats on the Facebook page of the Women’s March San Luis Obispo will avoid jail time but he will have to serve 18 months of probation and give up his firearms for 10 years after reaching a plea deal with prosecutors.

In Aug. 2017, the Women’s March SLO organized a vigil in the aftermath of racially charged violence in Charlottesville, Virginia that left one person dead in a vehicle ramming attack. Under a Facebook post announcing the vigil, Daniel Joshua Phares, 46, posted multiple threatening comments that he later deleted.

“I will kill every one of you and will make you like it,” Phares wrote in one of the posts.

SLO County prosecutors say Phares also commented about nerve gas being awful and excruciating, “except using it on the degenerate shitholes of the world would definitely be in the common good. We need to make sure America’s stockpiles are safe.”

San Luis Obispo police detectives interviewed Phares, who admitted to making and later taking down the threatening posts. Phares said he was just venting his frustration with the state of events in the country and didn’t intend to hurt anyone.  Phares also said he was sick of views opposing his own, and he said he thought it was better to vent than actually do something about his frustration, according to police.

On Tuesday, Phares pleaded guilty to a misdemeanor count of making criminal threats. The maximum punishment he could receive for the crime is six months in county jail.

Phares’s plea agreement calls for him to serve 18 months of formal probation, undergo anger management counseling and be subject to a 10-year ban from owning or possessing firearms and ammunition. The plea deal also requires Phares to write letters of apology to the victims of his threats.

Prior to posting the threats, Phares owned three firearms — two handguns and an AR-15. Police seized the handguns from his home and the AR-15 from a storage locker.

During the case, Phares’s attorney argued the threats did not specifically target any person and did not constitute a crime. The SLO County District Attorney’s Office said in a press release that the threats caused the victims to be terrified for their safety.

“Threats like this, whether on social media or made in person, must be taken seriously and will be vigorously prosecuted by my office,” District Attorney Dan Down said in a statement. “Our staff has worked closely with the victims in this case to ensure that their concerns were heard. Any victims who wish to do so will also have an opportunity to address the judge and Mr. Phares at the time of sentencing.”

Phares is scheduled to be sentenced on Dec. 11.