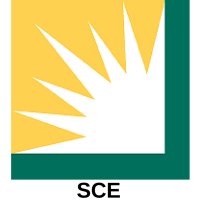 The utility Southern California Edison has released a statement acknowledging that its equipment may have helped sparked the Thomas Fire that devastated Ventura and Santa Barbara counties late last year and led to the deadly Montecito mudslides in early 2018. [LA Times]

Ventura County fire officials say the Thomas Fire started in at least two locations —Koenigstein Road near Santa Paula and Analauf Canyon. Nearly a year following the massive blaze, fire investigators have yet to determine the cause of the Thomas Fire, and their investigation remains ongoing.

Edison, which is faced with numerous lawsuits over its alleged role in causing the Thomas Fire and the subsequent mudslides, issued a statement this week saying witnesses had reported a fire igniting along Koenigstein Road in Santa Paula near a power pole. Edison “believes that its equipment was associated with this ignition,” the statement says.

Pedro Pizarro, president and chief executive of Edison International, said the utility has not determined whether the ignition in Analauf Canyon involved the utility’s equipment. Cal Fire removed Edison equipment from both locations, but the company has not been granted access to the ignition sites, Pizzaro said.

In a filing with the Securities and Exchange Commission, Edison stated it expects to incur losses from lawsuits related to the Thomas Fire, but it is unclear how large the financial hit will be.

Joseph Liebman, a Santa Barbara attorney whose law firm represents nearly 500 victims of the Thomas Fire and Montecito mudflows, said Edison’s statement is “a very significant development and one that will be admissible in court to prove Edison’s liability in causing the Thomas Fire.”

Liebman said cases related to property damage, personal injury and wrongful death could exceed $1 billion. The attorney also said he is confident the second starting point of the fire is related to Edison’s equipment.

The Thomas Fire burned a total of 281,893 acres, making it, at the time, the largest wildfire in state history. One firefighter died while fighting the blaze, and one woman died in a car accident while reportedly fleeing the fire.

Subsequently, at least 21 people died in the Jan. 2018 mudflows in the Montecito area, where large amounts of vegetation had been uprooted by the Thomas Fire.

Ventura County fire officials hope to release the official cause of the Thomas Fire by the end of November.