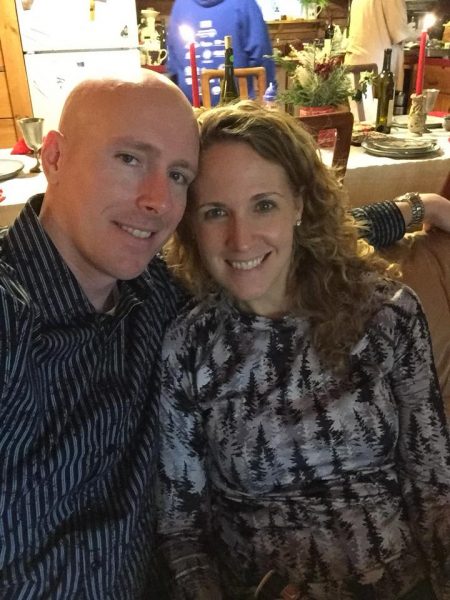 The man Twin Cities Community Hospital in Templeton hired earlier this year to be its chief nursing officer allegedly murdered his wife, a successful lawyer with a $1 million life insurance policy, in attempt to collect large sums of money that would allow him to continue living a luxurious lifestyle, which included expensive cars and multiple mistresses, according to a lawsuit filed this week in Florida.

Filed Tuesday on behalf of the mother of the deceased woman, the lawsuit describes William Gamba as a con-man with a long history of ripping off insurance companies by staging accidents. The suit alleges William Gamba drowned Blaise Gamba, 37, off the coast of Florida and went to great lengths to cover up the murder and impede the death investigation, including by pretending to faint and faking a seizure; getting tubes put in his mouth and being admitted to the hospital; and having his wife’s lungs harvested for donation.

Blaise Gamba died on or about Nov. 13, 2016, following a suspicious drowning incident the previous day when she and her husband were on a boat trip off the coast of Florida in the Gulf of Mexico. The trip was supposed to be a snorkeling and scuba diving excursion.

Sheriff’s officials in Pinellas County, Florida initially suggested the death was a diving accident. However, a criminal investigation into the death is ongoing.

William Gamba then pretended to faint. Later, after arriving on land, William Gamba faked having a seizure as investigators attempted to question him, according to the lawsuit.

The medical professional claimed his apparent seizure was the result of a head injury and demanded to be taken to the hospital as a patient along with his wife. Tubes were placed in William Gamba’s mouth, and he was admitted to the hospital.

William Gamba claimed to be in critical condition, and at one point, forcefully ordered law enforcement officers out of his hospital room, claiming to be too sick to converse with them, according to the suit. Yet he was discharged from the hospital with no significant injury.

Doctors found Blaise Gamba’s lungs were full of water. She was pronounced dead on the morning of Nov. 13, 2016.

William Gamba insisted on having his wife’s organs donated, even though her lungs were full of water and an autopsy would need to be conducted. He knew the immediate harvesting of his wife’s lungs could render the autopsy results difficult to use in court, the lawsuit alleges.

Following his wife’s death, Gamba started selling the valuables she owned individually or jointly with him, including her car, jewelry and home. The couple’s home sold in 2017 for $1.5 million. It was purchased in 2013 for $730,000.

Blaise Gamba earned more money than her husband, who would not have been able to maintain his lifestyle without her financial support, according to the lawsuit.

“Her untimely death would allow William Gamba to maintain the lifestyle that he had become accustomed to because of her significantly higher income while at the same time allowing him to pursue other romantic and/or sexual interests,” the suit states.

The lawsuit alleges William Gamba had numerous extramarital romantic and/or sexual relationships. In the months and days leading up to her death, Blaise Gamba wrote in her diary that she was contemplating confronting her husband about his infidelities, according to the suit.

On another occasion, William Gamba staged a car accident, prompting a hospital visit in which he threw himself off a gurney, leading to a successful six-figure injury claim against the hospital, according to the suit. William Gamba is also accused in the lawsuit of setting fire to a car and boat in order to collect insurance payouts.

“The events of this case are a natural progression of his insurance fraud portfolio as he has now moved on from simple property damage and self-inflicted personal injury to intentional murder for the purpose of life insurance recovery,” the lawsuit states.

Nancy Huhta, Blaise Gamba’s mother, is seeking a jury trial, as well as her daughter’s life insurance payout, the proceeds from the sale of her daughter’s property and damages.

William Gamba’s employment status with Twin Cities Community Hospital is unclear. A Twin Cities spokesperson has said he is not currently working for the hospital.