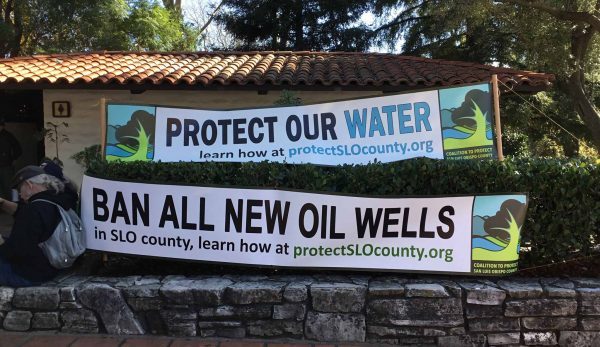 The initiative appears to have failed by a margin of more than 10 percent. According to the final election night tally, only 44.27 percent of SLO County voters supported Measure G, while 55.73 percent voted against it.

If Measure G were to have passed, existing oil wells in unincorporated areas of the county would have become nonconforming uses and been allowed to remain in operation, while all new wells would be prohibited. Had the measure passed, it likely would have drawn a legal challenge, as has occurred as a result of a similar initiative in Monterey County.

Fracking, or hydraulic fracturing, is not currently occurring in SLO County. However, the Measure G text stated fracking might be used in the future to extract oil from the Monterey shale formation. That scenario is unlikely, though, because most oil wells in SLO County are from 1,000 to 2,000 feet deep, not nearly as deep as the 10,000 feet minimum depth when fracking occurs, according to the Bureau of Land Management.

The Measure G campaign pitted environmentalists against property rights defenders, with the latter receiving financial backing in the millions of dollars from oil companies.

On a statewide energy-related issued, the attempt to repeal California’s gas tax failed. Prop. 6, the initiative to repeal the state’s recent gas tax increase, went down with 55.3 percent voting against it and 44.7 percent of California voters supporting it.

Last year, California’s base tax on gasoline increased 12 cents from 18 cents to 30 cents per gallon. Taxes on diesel increased even more, and a new vehicle registration fee ranging from $25 to $175 was also put in place.

Had Prop. 6 passed, it would have repealed the tax and fee increases and would have required future gas tax and vehicle fee increases to be approved by voters. Opponents of the repeal far outpaced supporters of Prop. 6 in the fundraising battle.