A gunman stormed into a popular dance venue in Thousand Oaks late Wednesday night, shot and killed 13 people and injured others. The shooter, identified as Ian David Long, also died.

Wearing all black, Long arrived at the scene and shot the security guard outside the venue. Inside the Borderline Bar & Grill near Highway 101 and Moorpark Road, Long shot more security personnel and employees.

Long then hurled smoke grenades onto the dance floor before he began shooting, according to the Ventura County Sheriff’s officials.

The venue is known to attract students from multiple colleges in the area. Wednesday nights are college country nights, according to Borderline Bar & Grill’s website.

After killing 11 people in the club, Long shot and killed a sheriff’s sergeant who had responded to the scene. 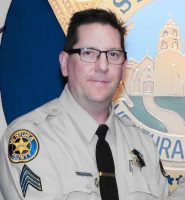 Sergeant Ron Helus was a 29-year veteran of the Ventura County Sheriff’s Office who was preparing for retirement. The sheriff’s office will honor Helus with a motorcade Thursday morning that will transport his body from Los Robles hospital in Thousand Oaks to the Ventura County Medical Examiner’s Office in the city of Ventura.

Investigators have yet to determine a motive for the shooting. Long, the gunman, was reportedly a 28-year-old veteran of the United States Marine Corps. Long allegedly suffered from PTSD.

Long killed himself in an office at the bar.

Authorities closed the Highway 101 on and off-ramps at Moorpark Road following the shooting.