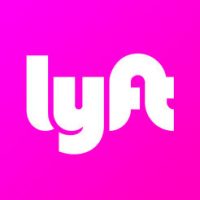 Deputies arrested a Lyft driver on Thursday for sexually assaulting an intoxicated woman and then burglarizing her Nipomo home, according to a San Luis Obispo County Sheriff’s Department press release.

Jason Lamont Fenwick , 51, faces charges of oral copulation with an intoxicated victim, sexual penetration with a foreign object, using a device to see through clothing and burglary. The charges stem from a ride Fenwick gave the woman on Nov. 4.

The woman told deputies she had called Lyft for a ride home since she was too intoxicated to drive. Because of the victim’s state of intoxication, the Lyft driver helped her into her home, where she passed out, according to the sheriff’s department.

Inside the home, Fenwick allegedly assaulted the Nipomo woman and took items from her home.

Deputies arrested Fenwick of Lompoc on Thursday and booked him into the San Luis Obispo County Jail with his bail set at $500,000.

Investigators are asking anyone with information about other possible victims in both San Luis Obispo and Santa Barbara counties to call investigators at 805-781-4500.