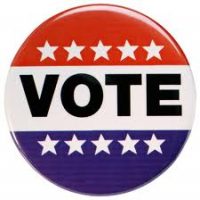 Thus far, elections officials have counted 81,663 ballots in SLO County. They must still count another 41,973 vote-by-mail ballots and 6,222 provisional ballots, according to a county clerk-recorder’s office report.

Additionally, there are 79 duplicating non-processed ballots. It is unclear whether they will be counted.

Slightly closer than the battle between Hill and Ray is the Morro Bay mayor’s race in which Councilman John Headding and business owner John Weiss are vying to replace outgoing Mayor Jamie Irons. Headding is leading Weiss by 101 votes, 51.21 percent to 48.63 percent.

A few community services district races are even closer. In the battle for a seat on the Los Osos CSD board, Matthew Fourcroy leads Stephen Best by 63 votes, 2,097 to 2,034. Incumbent CSD director Chuck Cesna has already secured one of the two seats up for grabs.

Donn Howell and appointed incumbent Aaron Wharton are separated by 59 votes in the race for a Cambria CSD board seat. Cindy Steidel appears to have already secured a seat on the Cambria board.

Meanwhile, in San Miguel, which has a small electorate, Hector Palafox has just a five-vote lead over Cesar Hernandez. Appointed incumbent Ashley Sangster is currently in first place in the race for two San Miguel board seats, but she is just 22 votes ahead of Palafox and 27 votes ahead of Hernandez.

Elections officials will return to counting ballots at 9 a.m. on Friday. The election results will not be finalized until later this month.