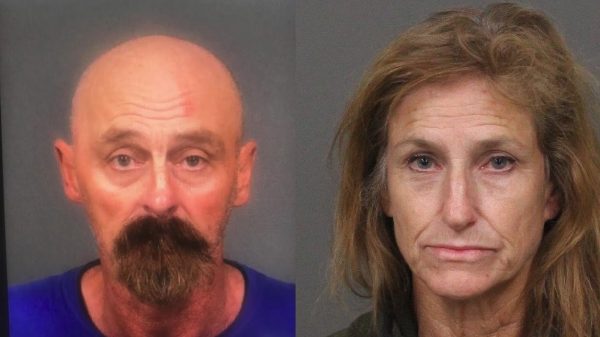 A traffic stop conducted by an Atascadero police officer Friday evening netted drugs, cash and stolen items, as well as a wanted parolee from Texas and a second suspect, according to police.

Shortly after 5 p.m., an officer stopped a vehicle in the 3200 block of El Camino Real for a mechanical violation. The driver gave then officers a false name.

Officers searched the vehicle and found more than an ounce of methamphetamine, a loaded firearm, a laptop and more than $8,000 in cash. Both the firearm and the laptop had been stolen, according to police.