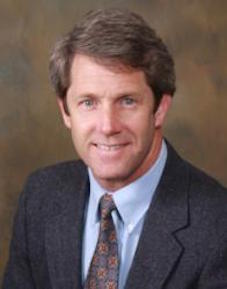 A practicing psychiatrist, who is the president and CEO of a San Luis Obispo psychiatric practice, has for the second time been placed on probation by the California Medical Board after one of his patients committed suicide.

Douglas Murphy, a licensed medical doctor, is the president and CEO of Pacific Psychiatry, located at 1551 Bishop Street, according to his LinkedIn page. Murphy established a personal practice in 2002 in Morro Bay, which later became Pacific Psychiatry in San Luis Obispo.

Murphy has also served as a clinical and legal consultant to PG&E and Diablo Canyon, as well as the juvenile division of San Luis Obispo County Superior Court, according to Pacific Psychiatry’s website.

Murphy began seeing the female patient in early 2001, according to medical board records. The patient informed Murphy she just wanted to see him every two to three months in order to obtain medication for sleeping and for a panic disorder.

But, Murphy scheduled monthly therapy appointments with her, then increased the visits to four or five times a week. The visitations lasted until June 2003, when the woman informed Murphy she wished to end therapy.

Murphy refused to end the therapy sessions, again increasing their frequency. The psychiatrist then became overly involved in the patient’s life, meeting her at Morro Rock, on Chalk Mountain and taking her to church.

Murphy bought the woman gifts, including religious tapes, music CDs and homemade cassette recordings. He would aplay guitar for her during therapy sessions and call her at home in the early morning and in the evenings. Murphy also sent her sometimes lengthy emails on a nearly daily basis.

The female patient repeatedly attempted to end her therapy sessions with Murphy and wrote six email requests that he stop contacting her. But Murphy persisted, saying he would never go away.

In Sept. 2003, he enticed the woman to go with him to Chalk Mountain, where he told her he missed her, gave her a hug and kissed her on the cheek. A couple months later, they stopped seeing each other.

Around the same time, a teenage patient of Murphy’s committed suicide.

In late 2002, Murphy began seeing a then nearly 17-year-old boy after the teen attempted suicide and survived, according to medical board records. Over months that followed, Murphy altered the teen’s diagnoses and weaned him off some medication he was taking. Murphy then changed the boy’s diagnosis again and put him on different medication.

In Sept. 2003, the boy’s father called and said his son was again suicidal. Even though it was recommended the boy be seen by a psychiatrist immediately, no appointment was scheduled, and days later, the teen killed himself.

A complaint was filed against Murphy over the cases of the female patient and the teenage boy, and in 2007, the psychiatrist was ordered to serve five years of probation. Murphy completed the probation term, according to the medical board.

This September, Murphy was placed on a fresh term of three years probation after one of his patients, a 65-year-old man, committed suicide.

Murphy treated the man during two separate periods spanning March 2005 to Feb. 2007 and Aug. 2009 to March 2013, when the patient killed himself. The patient had a variety of conditions, including insomnia, anxiety and at least minimal depression, as well as a failing business that was causing him stress. Moments before killing himself, the man told his wife he felt like he was “in the Twilight Zone.”

Over the five months prior to the patient’s death, Murphy did not see him, even though he was prescribing the patient five psychiatric medications. Murphy was scheduled to see the patient the month after the man killed himself.

Murphy’s latest probation term took effect in October. While on probation, Murphy can continue practicing medicine, but he must comply with various conditions that include taking medical courses and submitting to monitoring.