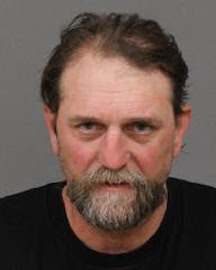 An allegedly intoxicated motorcyclist pulled a gun on a man who warned him not to drive Sunday evening and threatened to kill him, according to the Arroyo Grande Police Department.

At about 5:24 p.m., the intoxicated man was in the 100 block of Wesley Street and about to ride away on a motorcycle, police said. While officers responded, the witness contacted the motorcyclist in an attempt to stop him from driving while intoxicated.

The motorcyclist, 50 year-old Todd Perkins of San Miguel, then pulled a gun on the person trying to stop him from driving. Officers arrived and detained Perkins and a female he was with.

Police determined Perkins pointed a loaded 9 mm handgun at the victim and threatened to kill him. Officers found the handgun in nearby bushes.

Officers arrested Perkins for assault with a deadly weapon, criminal threats and carrying a concealed firearm and booked him into the San Luis Obispo County Jail. Perkins is not currently in custody, according to the county sheriff’s office website.